Lecturer in the Department of Mathematics, Dr Valentina Forini, has been awarded a prestigious Emmy Noether Visiting Fellowship.

She will join the 2018/19 Simons Foundation Emmy Noether Fellows at Perimeter Institute for Theoretical Physics in Waterloo, Ontario, Canada. 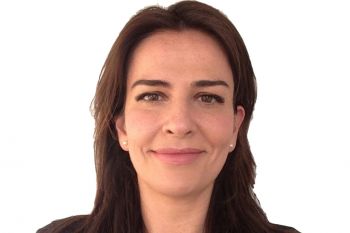 The Emmy Noether program, which brings together high-achieving female researchers at critical stages of their careers, is named after the German scientist Emmy Noether (1882-1935).

Emmy Noether was a pioneering and acclaimed female German mathematician who made very important contributions to pure mathematics and theoretical physics.

In 2012 she returned to Humboldt University to become leader of a research group until 2017. She was appointed a Lecturer at City in January 2018.

On 11th September, The London Mathematical Society and the Institute of Mathematics will celebrate the 100th Anniversary of Emmy Noether's paper on Conservation Laws, her most famous scientific contribution.