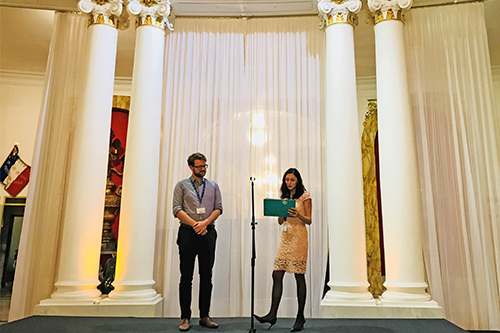 A researcher who completed his PhD at City has won a prestigious award for an article based on his doctoral thesis.

Dr Steffen Murau’s paper on shadow banking and the global financial crisis was named the best journal article of the year by the European Association for Evolutionary Political Economy (EAEPE).

Dr Murau finished his PhD in International Political Economy at City in 2017, before continuing his research as a Postdoctoral Fellow at the Weatherhead Center for International Affairs at Harvard University.

His article, Shadow money and the public money supply: the impact of the 2007–2009 financial crisis on the monetary system, was published by the Review of International Political Economy in May 2017 and earned the 2018 EAEPE-Kapp Prize.

The paper focuses on shadow banking and shadow money, which are ways of investing that fall outside the scope of financial regulation. Describing his research, Dr Murau said: “I was particularly interested in the impact of the political response to the crisis by the Federal Reserve and the US treasury.

“I argue that as its root cause, the crisis was connected to new types of credit money that had been developed through financial innovation in the 1970s and 1980s. The crisis was an implosion of these new money forms. To rescue the monetary and financial system, the US authorities had to establish historically unprecedented guarantees for them.

“In the article, I systematically carve out how the political interventions during the crisis and the regulations after the crisis have changed the US monetary system, and connect this to a broader theory of change in the monetary system.”

A new perspective on the financial crisis

The article is based on a case study of Dr Murau’s PhD thesis written at City’s Department for International Politics and the City Political Economy Research Centre (CITYPERC). He mainly worked on the project during a five-month stay at Columbia University in New York.

As his key data, the researcher used the publications of international financial institutions and conducted interviews with staff at the Federal Reserve, banks and the International Monetary Fund.

He found that an intervention by US authorities to calm down a run on shadow money during the financial crisis has “profoundly changed” the structure of the US monetary system.

“Public protection for some types of shadow money has been introduced, and although it officially was just a temporary measure, it is likely there to stay,” he said. “The crisis has redefined the role of the state in the US monetary system as a guarantor of shadow money.”

Dr Murau said it was not very common to think about shadow banking as a monetary phenomenon, but a handful of economists, political economists and lawyers interpret it that way. He used these groups’ analytical perspective to systematically describe the changes that happened with shadow money and to develop a theory about the role of politics in that process.

He said: “A former employee of the US Treasury said that finding a way of politically dealing with shadow money is one of the key challenges of our time. So I hope that my research on the political economy of the shadow money phenomenon can be a small contribution to this.”

Implosion of the shadow money system 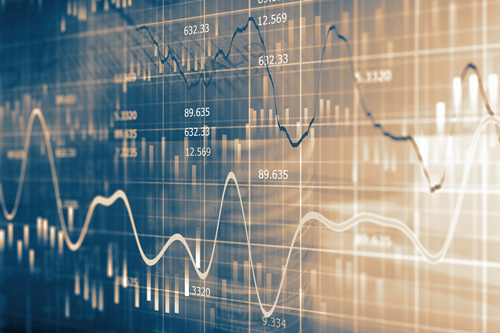 Dr Murau says in the financial crisis there was an “implosion” of this shadow money scheme. The collapses of the investment banks Bear Stearns and Lehman Brothers were “inherently connected to those parts of their businesses”, he argues, which were involved in shadow money creation.

“For those who had invested billions and billions of US dollars into those instruments, this meant that they were about to lose a lot of their wealth,” he said. “First investors thought that their shadow money was protected, but then the private guarantees turned out much weaker than everybody thought or even as fraud.”

This was where US authorities stepped in.

“They were first very hesitant, so the crisis worsened. Only when they gave a full guarantee after the Lehman bankruptcy, the Federal Reserve and the US Treasury managed to stop the run.”

The evolution of capitalism

Dr Murau says his current postdoctoral research is building on the study he carried out at City.

“Today, I am working on the transformation of the international monetary system, using the results that came out of the article,” he said.

“Since the US are the centre of the international financial system, the intervention by the Fed and the treasury had tremendous effects on the rest of the world. So my research helps us understand how global capitalism is evolving at present.”

Download the article, Shadow money and the public money supply: the impact of the 2007–2009 financial crisis on the monetary system