Delivering keynote addresses at the Academy of Science and Arts in Sarejevo and at Technical University Dortmund, he explained that new methods and tools developed in the Centre for Compressor Technology, will help to reduce energy consumption and protect the environment.
First published Tuesday, 9th October, 2018 • by John Stevenson (Senior Communications Officer) 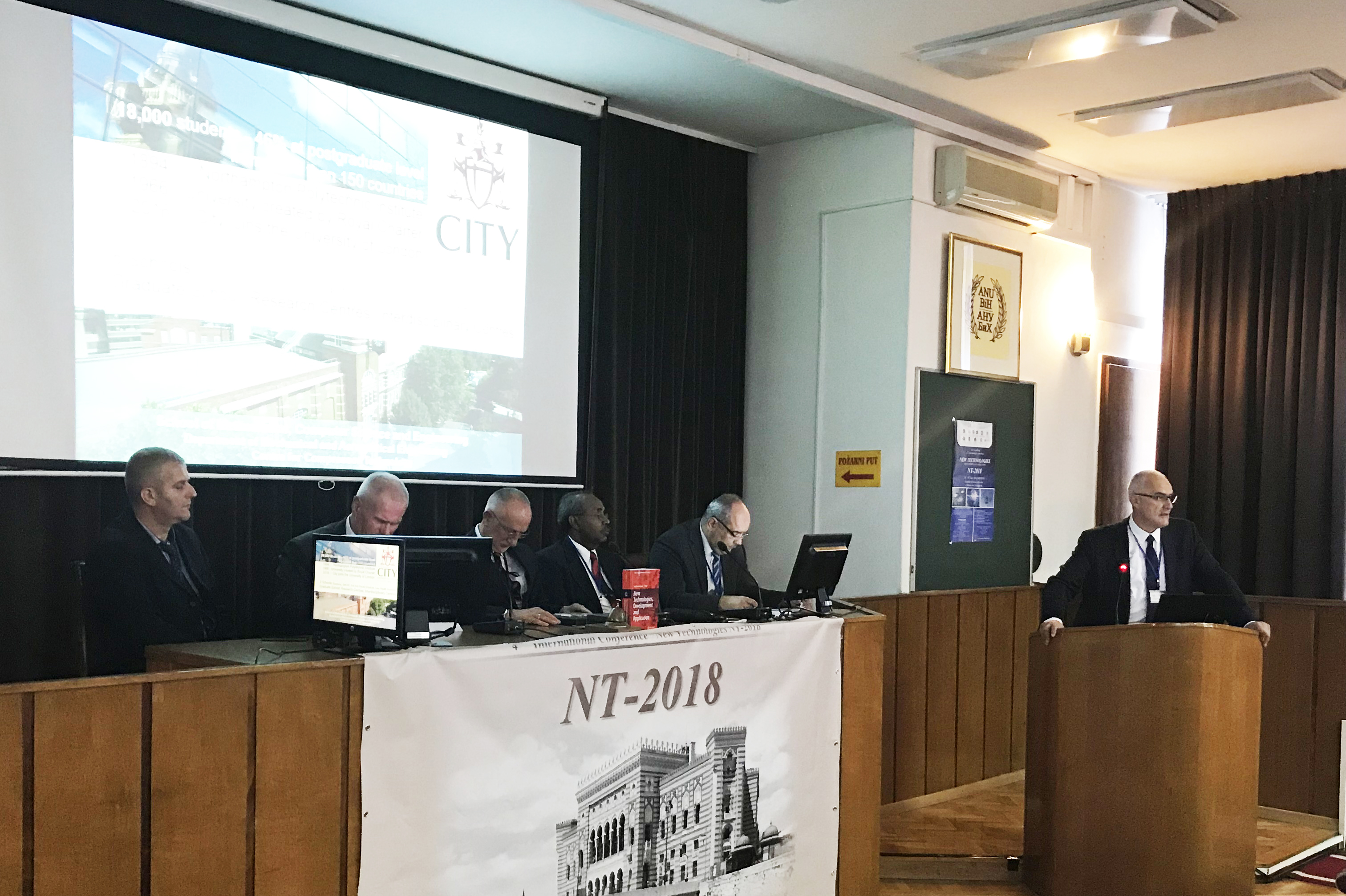 City, University of London’s Howden Chair in Engineering Design and Compressor Technology, Professor Ahmed Kovacevic, spoke to over 300 delegates at two flagship conferences about the design and modelling of positive displacement compressors.

In his remarks this year and in keynotes delivered in 2017, Professor Kovacevic focused on how new tools and methods developed at the Centre for Compressor Technology at City can lead to better and more efficient screw machines. He outlined that about 80% of all industrial compressors are of the screw type. Close to a million new screw compressors are installed annually in air, refrigeration, air-conditioning and process gas applications. 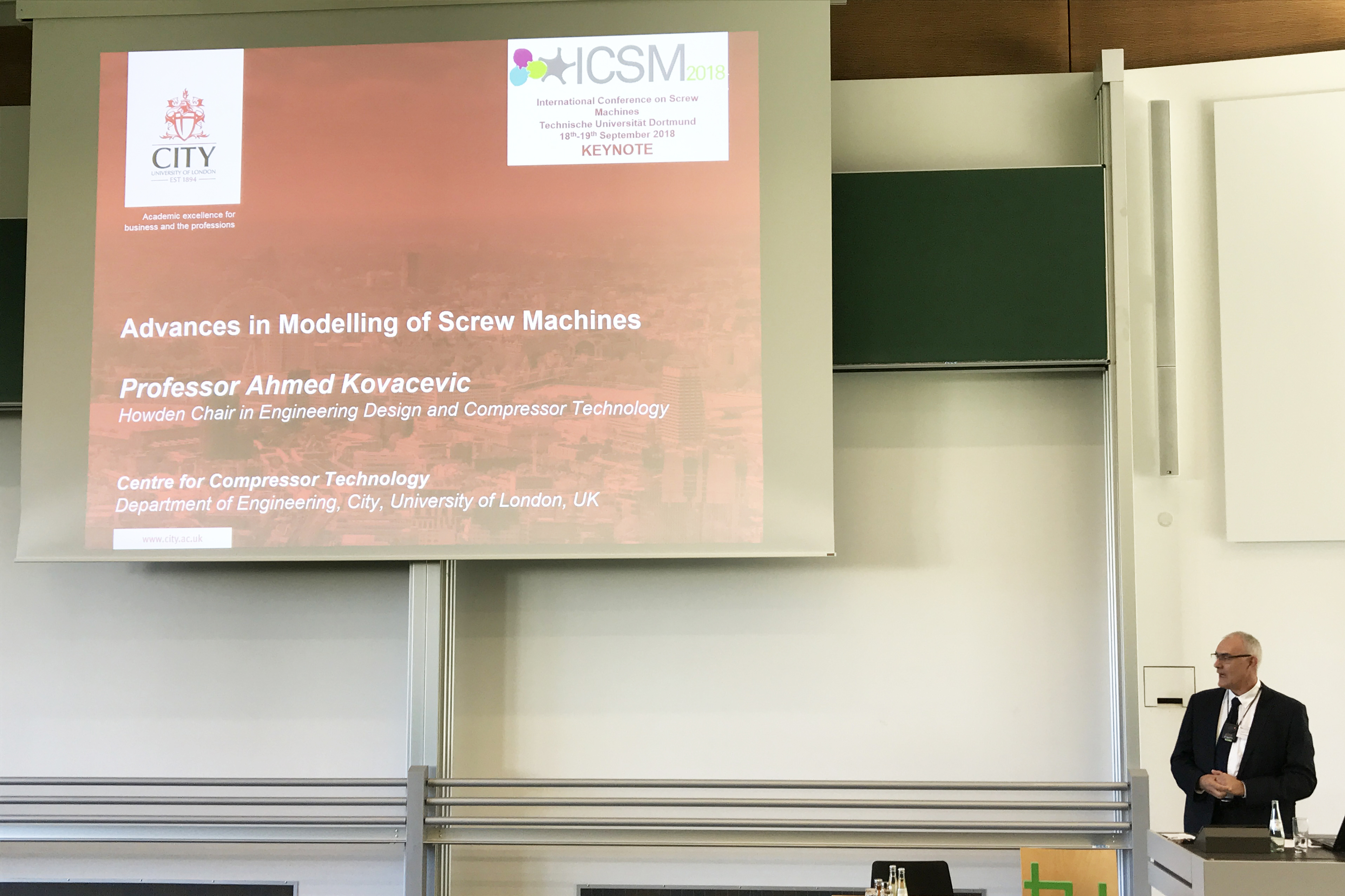 It is estimated that about 17% of the electricity generated globally is used for compression – and increases by up to 25% in some developed countries over the summer months. This pollutes the environment with more than 3000 MtCO2 per year, while energy costs exceed €275 billion per year. It is expected that the global annual growth rate for screw compressors will be close to 7% in the next few years with most of the growth in India and China.

Among other projects, the Centre for Compressor Technology is actively collaborating with Kirloskar Pneumatic Company Limited - the leading screw compressor manufacturer from India - on research and development of novel air screw compressors for Indian market. The first tests of compressors developed in this collaboration demonstrate superior performance to any other competition.

Professor Kovacevic proposes that the unique software SCORG suite developed by his team at City’s Centre for Compressor Technology, allows for the full utilisation of CFD’s potential solvers such as Ansys CFX, Star-CCM+, Pumplinx or Fluent for comprehensive study and design of screw machines. 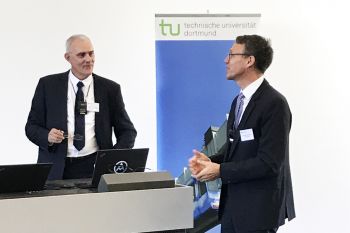 Professor Andreas Bruemmer, Chair of Fluidics at TU Dortmund, and organiser of the Dortmund Conference, has been collaborating for several years with the Centre for Compressor Technology where Professor Kovacevic pioneered methods for 3D CFD (Computational Fluid Dynamics) modelling and design of screw compressors. Technologies developed at City have been tested in Dortmund and some of the methods and findings from their studies have been validated and implemented at City.

“We are honoured that Professor Kovacevic accepted our invitation to present advanced research in the modelling of screw machines. We have been supporting the well-developed German industry in screw compressors and vacuum pumps since the 1980s and have always welcomed participation form City. The keynote was well accepted by the participants and primed the discussions which followed over the two days of the conference. We are hoping that we will develop even deeper collaboration in future.”

It was great pleasure to be invited for the keynote at this unique conference on screw machines and to present our research and achievements regarding their modelling and design. These machines are playing a significant role in the economy and we hope that our methods and tools will help to reduce energy consumption and preserve the environment. The interest in the keynote and feedback from it was overwhelming. We at City are keen to continue and extend our collaboration and are welcoming researchers from Dortmund to visit us at the 11th International Conference on Compressors and their Systems in September 2019.”