Europeans 'not very worried about climate change but accept it's happening'

A great majority of Europeans think that climate change is happening, but do not have strong concern about the issue, according to the latest European Social Survey (ESS).

The survey – which is led from headquarters at City, University of London – shows that while most Europeans think the consequences of climate change will be bad, many only feel a moderate responsibility to reduce climate change and think that personal efforts will not be very effective.

However, support for renewable energy sources and energy efficiency regulation are high across Europe, with a majority in all countries saying they want a large amount of electricity to be generated from renewable sources.

The report – European attitudes towards climate change and energy – was based on survey responses from 44,387 people in 23 countries.

Professor Rory Fitzgerald, Director of ESS, said: “Our latest data clearly shows a strong consensus that climate change is happening, suggesting that the age of climate change denial is ending.

"However, there are still many who do not accept the scientific consensus that the cause of global warming is almost entirely driven by human activity suggesting scientists need to do far more to get their message across."

A great majority of respondents in each country think that the world’s climate is changing, that this is at least partly due to human activity, and that the consequences of climate change will be bad.

However, just over a quarter (28%) of respondents across Europe stated that they were very or extremely worried about climate change.

German people were the third most concerned (43%), while citizens in France (34%) and Italy (30%) were more concerned than the average European. France is the most convinced climate change is taking place, with 96% saying the climate is probably or definitely changing, compared with 95% for Italy and Germany.

Spain most worried about energy cost

Perhaps unsurprisingly, people indicated more concern over the affordability of energy, with 40% across Europe claiming to be very or extremely worried.

Concern about the affordability of energy is particularly widespread in Spain (70%) and Portugal (68%), the two countries that also have the highest levels of concern about climate change. Conversely, fewer than 15% of respondents in Sweden, Iceland, Switzerland, and Norway indicated concern over the cost of energy.

Feelings of personal responsibility to mitigate climate change were highest in France (with a mean score of 6.9 on the scale), and lowest in the Czech Republic and Russia (both with a mean score lower than 4). Germany had the third lowest score (6.6) and Italy had the seventh lowest. 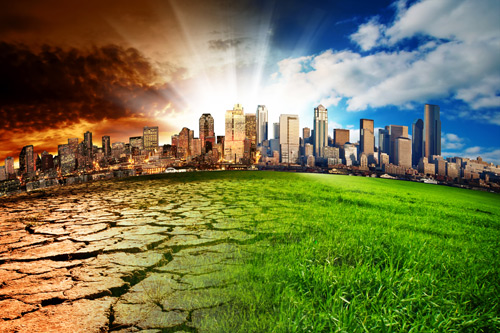 When asked whether they could reduce their energy use, many respondents did not feel very confident that they could do so, especially those in Hungary, the Czech Republic and Russia.

And it also appears that Europeans do not think that it is highly likely that limiting their energy use would help to reduce climate change.

The authors found that people who feel personally responsible to help reduce climate change also feel more confident that they could save energy and think that doing so would be effective in reducing climate change.

Professor Fitzgerald said: "“Respondents from across Europe in the countries included in our survey are inclined to think there is little they can do on a personal level to mitigate climate change and that they do not expect others in the world or governments to take effective action either. This is clearly concerning, and suggests that governments and scientists need to take the lead in demonstrating that effective action is possible as well as showing how the public can play their part in a meaningful way."

Respondents were asked how much electricity should be generated from a number of fossil, nuclear and renewable energy sources.

Around three-quarters think that a large or very large amount should be generated from wind and solar power.

Solar power had the highest levels of support, with 89% of Germans saying it was their preference, 85% of Italians and 82% of French. The Europe-wide average was 77%.

In contrast, coal and nuclear are highly unpopular sources of electricity generation, with only around 10% of respondents thinking a large or very large amount of electricity should be generated from them. 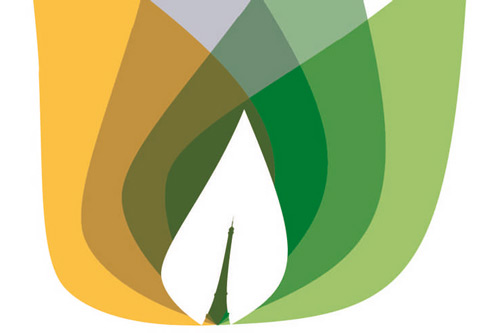 The results show that the use of public money to subsidise renewable energy is particularly popular, with 76% of respondents favouring this policy.

More than half of those surveyed are in favour of a ban on sales of the least energy-efficient household appliances, while only one in five are against this policy.

In contrast, only 30% of respondents are in favour of increasing fossil fuel taxes, while 40% are somewhat or strongly against this policy.