Young people from disadvantaged backgrounds join students from across Europe for journalism workshop at City, University of London

Young people from disadvantaged backgrounds have joined university students from across Europe for a journalism workshop.

Participants learnt how to make films on smartphones as part of a full day of training at City, University of London on Friday 12th October 2018.

Students from three partner universities in Spain, Germany and Romania worked alongside City students and young people from the London Borough of Islington who were nominated by The Pilion Trust.

Called Engage London, the European Union-funded project began with a launch attended by the Mayor of Islington on Thursday 11th October. And feedback, awards and certificates were presented to participants on Saturday 13th October.

“There’s been a lot of learning on both sides. And working with the students from European universities has given all the Brits a real insight into how much they have in common – it’s created friendship bonds that will last for years.” 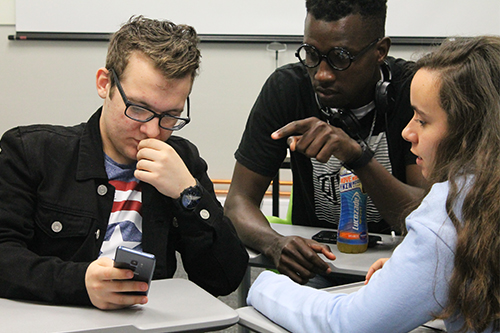 City launched Engage London on Thursday 11th October when the Mayor of Islington, Dave Poyser – a distinguished alumnus of the Department of Journalism – officially welcomed guests during an evening reception at the university. He was greeted by City’s President, Professor Sir Paul Curran.

This was followed by a celebration of the collaborative partnership and a gala dinner at the Ringcross Community Centre, the base for The Pilion Trust – a charity working with disadvantaged people within the local community which has played a key part in the Engage London event.

Guests, including leading academics and students from the partner universities, were treated to cocktails, poetry and songs from some of the young people accessing The Pilion Trust’s services. The meal was sourced from local providers and served by members of the Ringcross Community Centre.

This was followed on Friday 12th October by a day of media training workshops at City, University of London.

Ten students from City’s Department of Journalism joined ten students from three leading European universities and ten young people from The Pilion Trust to produce short videos on their phones. The films addressed issues of concern to young people in London and across Europe: mental health; being European; staying safe in the city.

Engage London concluded on Saturday 13th October with an awards ceremony during the morning at City. 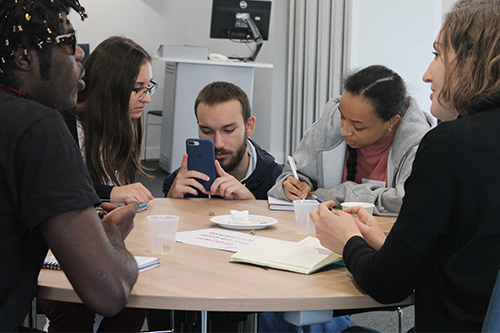 Eight short films were created using a mobile phone app after a short training session by Jack Soper who teaches at City.

Holly Chacksfield, 19, who is in her first year studying journalism at City, said: “Engage has been going on for a couple of years. I’ve found it really nice to introduce London in a positive light and do mobile journalism, or mo jo as the Spanish call it. Engage has been really good for me. It’s a project that definitely works and I feel like I’ve also got good contacts with people from Spain, Germany and Romania.”

Rahim Amin, 18, who was nominated to take part by The Pilion Trust and is at college studying English and maths, said: “I’ve learnt to take pictures, met people and got better at photography. Engage London is good because you learn so much in a short time. I’ve also learnt about university life. I used to think that university was very difficult, but I don’t think that now. Next year I want to start a mechanics course.”

Brenda Ariadna, 20, from Universitat Autònoma de Barcelona in Spain, said: “It’s my first time in London but I’ve watched a lot of English TV series. We did a film, using our mobiles, on safety in the city. It was useful learning with people from Germany, Romania and London, and is part of our university course.”

Barbara Schofield said: “They’ve done brilliantly and in a short time made high quality films about mental health, staying safe and being European. We set them a challenge to create a social video highlight issues and are really impressed with their work. It was effective and thoughtful.” 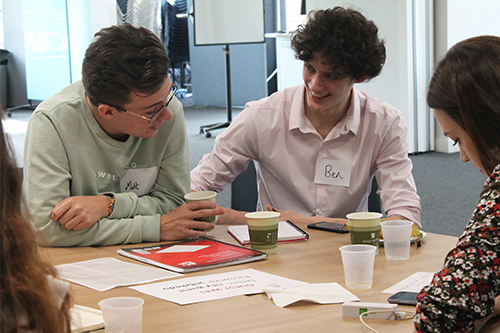 Engage London was the latest in a series of workshops held by the Department of Journalism at City for students and young participants nominated by The Pilion Trust. Previous workshops have covered subjects including podcasting, TV production and blogging.

Savvas Panas, CEO of The Pilion Trust, which runs the Ringcross Centre, said: "We want this project to carry on after the pilot finishes. The universities should embrace the model of working with the communities' young people who are intelligent, but because of what happened in their life when they were at school may not have that final academic recognition of three top grades.

“We’d like City, University of London to do even more community outreach and grab people who are gifted, talented and have real life experience.”

Barbara Schofield said: “City, University of London wants to reach out to the local community – this has been a great way to open our doors to local people and to show them what we do here.” 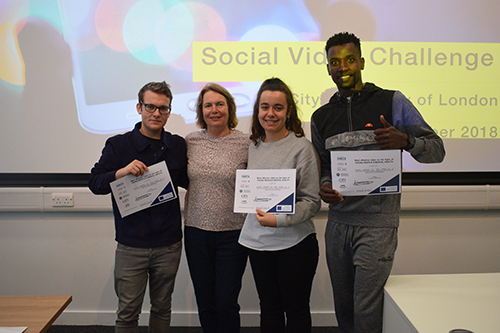 Engage London was part of a wider project called Engage Europe, which sees a group of partner universities take it in turns to host training events that bring together both formal and non-formal learners. The project is sponsored by the EU’s Erasmus+ programme.

The four universities that attended the City event were: University of Tübingen (Germany); Universitat Autònoma de Barcelona (Spain); Babeș-Bolyai University (Romania); IHECS (Belgium), which leads the project and had an academic member of staff at Engage London.

Barbara Schofield: “Engage Europe has brought us face to face with academics and students to share not just skills but ideas and aspirations.

“It’s broadened our students’ horizons and shown them there are so many benefits to working closely with their counterparts in other universities across Europe.” 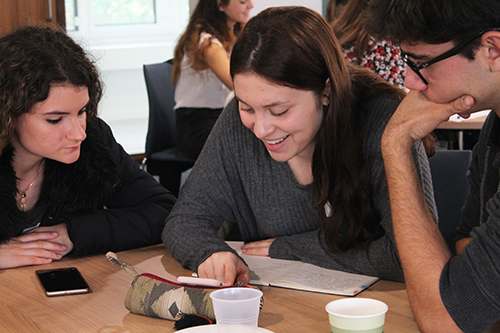