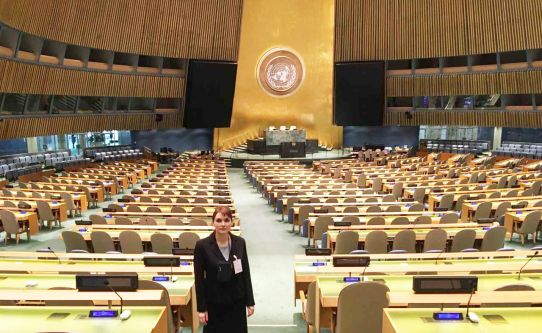 Senior Lecturer in the City Law School, Dr Carmen Draghici, was a delegate of the International Federation of Journalists (IFJ) during its meeting at UN headquarters in New York City, to promote the Convention on the Safety and Independence of Journalists and Other Media Professionals on October 22nd.

The meeting was aimed at presenting the Convention to diplomatic missions at the UN representing countries the IFJ has been attempting to persuade to place the convention on the UN agenda. 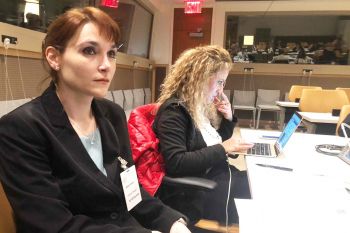 Dr Draghici said her role while in New York City was principally to “explain the underlying process of codification of obligations under international human rights and humanitarian law, including soft law and case law, in one text (and hence the legitimacy of the proposed text), as well as to demonstrate how the adoption of a category-specific convention would be transformational in increasing safety for journalists.”

Commenting on the necessity to protect journalists on International Day to End Impunity for Crimes Against Journalists on November 2nd, UN Secretary-General, Antonio Guterres, said:

“In just over a decade, more than a thousand journalists have been killed while carrying out their indispensable work. Nine out of ten cases are unresolved, with no one held accountable. Female journalists are often at greater risk of being targeted not only for their reporting but also because of their gender, including through the threat of sexual violence. This year alone, at least 88 journalists have been killed. Many thousands more have been attacked, harassed, detained or imprisoned on spurious charges, without due process. This is outrageous. This should not become the new normal.”