Mechanical Engineering PhD student, Nausheen Basha, who is also a member of the Women’s Engineering Society, says it is vital to create a clear pipeline for women from education through to leadership positions.
First published Wednesday, 30th May, 2018 • by City Press Office (General enquiries)

By Nausheen Basha and Carolina Escudero

4th April 2018 marked the deadline in the United Kingdom for companies with more than 250 employees to submit their gender pay gap results. 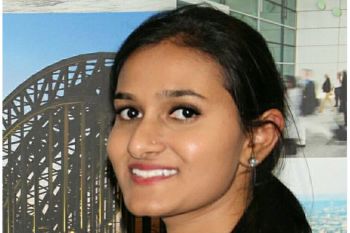 Nine out of ten women work for a company that pays them less than their male counterparts, according to a recent Financial Times report.

The gender pay gap stood at 18.4% in April 2017 according to the Office for National Statistics. The United Kingdom is numbered among nations with one of the widest pay gaps in Europe, with only Estonia, the Czech Republic and Germany recording higher pay gap rates.

To put that in pounds and pence, for every pound that men earn, women make 80 pence and this disparity has moved very little in the last 15 years.

This article could be considerably longer in highlighting every bit of research that has been carried out in respect of this issue and yet it has not resonated enough for stakeholders to take wider action.

The gender pay gap reporting legislation which has now enabled us to access this gender pay gap data, was successfully led by The Fawcett Society among other organisations which are active in promoting an awareness of this disparity, and more importantly highlighting what we as women can do in our organisations to help close it.

Taking notes from the past into the future

The Fawcett Society was founded and named after Millicent Fawcett, a suffragist and rights campaigner whose powerful approach to campaigning led to the extension of voting rights to women for the first time in 1918.

Another prominent suffragette was Lady Katherine Parsons who was very active in campaigning in the northeast of England. Lady Parsons herself was very interested in engineering and encouraged her daughter Rachel to become an engineer.

Since the organisation’s birth almost a century ago, the WES has been challenging our culture to promote a more diverse environment for women to thrive in - including working with our partners to strengthen engineering and provide a clear pipeline from education to leadership.

The WES Centenary in 2019 will celebrate many of our achievements – including being the oldest existing women in STEM organisation in the world. Our Centenary 100for100 programme will be about recognizing 100 current and past case studies of good practice that have made a positive impact on women in engineering, but also sharing those case studies to help companies and organisations, and pledges to the next steps for gender equality and engineering. We will also be running a 30by30 campaign: we aim to have 30% of engineers in the UK being women by 2030.

From the 1920s to the 1980s, the WES has campaigned successfully to remove legislative barriers to women at work and education, such as the bar on night working and the marriage bar, and actively worked towards equal access to STEM education and to jobs.

Since the 80s, WES has focused on cultural changes and interventions, from the WISE (Women into Science and Engineering) Campaign in 1984, the Daphne Jackson Fellowships, and more recently INWED (International Women in Engineering Day).

Dr Amanda Goodall is a Senior Lecturer at Cass Business School and an active researcher in the area of expert leadership and gender imbalance in the workplace suggests that a combination of stereotyping, discrimination and aversion to competition are to blame when there are a few women in the upper tiers of academia.

She advises that another important factor contributing towards the gender pay gap is in the areas of pay rise and promotion. Previous studies argued that women typically earn less than men because women ‘don’t ask’. Recent studies carried out by
Dr Goodall and her colleagues demonstrate that women indeed do ask.

All of that said, women still do not get what they ask for.

The WES proposes actions in our academic institutions, ranging from offering the correct incentives, succession planning and appropriate management to empower women leaders their academic development.

Other options include leadership training, access to professional coaches to address the ‘confidence gap’, flexible working and promoting negotiating skills.