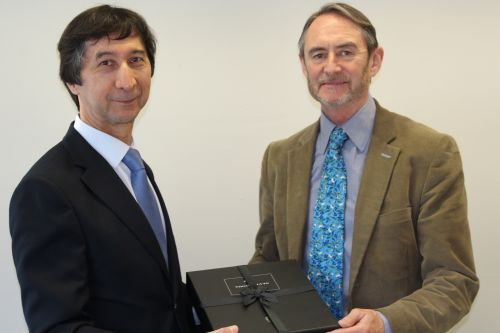 The City Law School (CLS) is strengthening its links with Uzbekistan through a partnership to consider the joint provision of legal education, training and academic exchange with the Tashkent State University of Law (TSUL).

This formed the basis of discussions on 22nd May when a delegation headed by Uzbekistan’s Ambassador to the UK,
H.E.Dr Alisher Shaykhov, visited CLS. 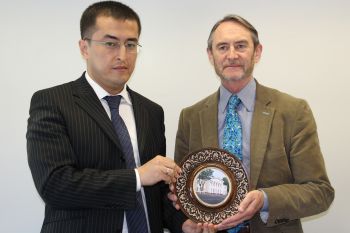 “We had wide-ranging discussions today on a variety of topics which are of mutual interest to the City Law School and the Tashkent State University of Law. We are at the beginning of a very promising relationship.”

Ambassador Shaykhov has been Uzbekistan’s Ambassador to the United Kingdom since April 2017.

He was delighted to have been welcomed by academics and officials at the City Law School and stated that his delegation succeeded in “putting the bricks in place to build a proper edifice of cooperation to benefit our respective institutions”.