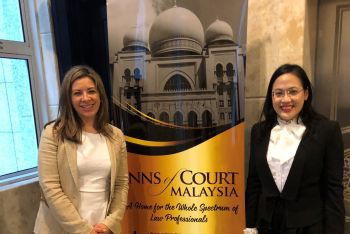 The City Law School played a leading role as part of a City, University of London delegation to Malaysia in early May 2018.

In addition to its presence at the British Council’s ‘Going Global’ Conference in Kuala Lumpur, the Law School, and City’s President Professor Sir Paul Curran, co-hosted a dinner with the Inns of Court Malaysia (ICM) in Kuala Lumpur, after hosting an alumni reception. 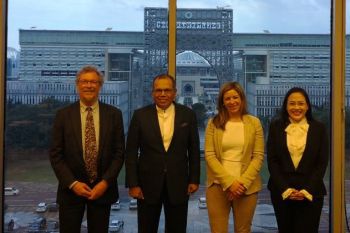 The alumni reception and ICM dinner was organised with the significant support of Mary-Ann Ooi Suan Kim.

They met with the director of the Asia-Europe Institute at the University of Malaya and with faculty of Multimedia University Law School (Cyberjaya campus), following their recent visit to the City Law School.

Professors Fahey and Duncan also travelled with Mary-Ann Ooi Suan Kim to the Palace of Justice at Putrajaya to be received by the Chief Justice in his chambers and discussed future ICM-City Law School collaborations, including judicial training and CPD.