Introduced by Interim Dean, Professor Chris Ryan, her address was titled, "Why the Human Rights Act matters to each and every one of us". 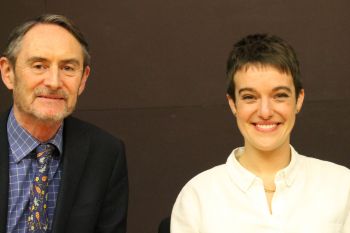 Martha looked behind the headlines to explore what the Human Rights Act does for ordinary people in the UK on a daily basis and touched on the significance of the many movements in and outside of the UK who were involved in promoting human rights - The Suffragettes, Black Lives Matter and the Me Too movement.

She spoke of the legal challenge mounted by Liberty in the High Court against the Investigatory Powers Act, or 'Snoopers Charter', which grants the government powers to order private companies to store citizens' communications data and internet history so that state agencies can access it.

Martha stated that this was the most 'invasive surveillance regime of any democracy'.

Her lecture also explored the reasons why human rights offer a framework for building strong communities, and a strong democracy - especially after Brexit.

Martha joined Liberty as Director in May 2016. She arrived from Doughty Street Chambers, where she specialised in defending access to justice and the rights of women, children and disabled people.

She acted for bereaved families seeking answers after loved ones died in state care, represented victims of rape, domestic violence and trafficking who were failed by the police, brought claims on behalf of prisoners and immigration detainees who had been mistreated in custody and challenged attempts to curb press freedom, privacy and protest rights. 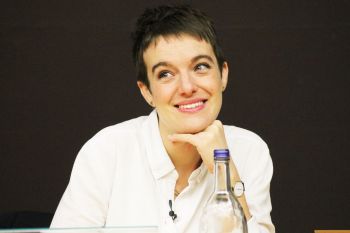 In 2015 Martha co-founded the ‘Act for the Act’ campaign, which put posters on trains, buses and billboards across the country telling the stories of men, women and children who had used the Human Rights Act when things went wrong in their lives.

Martha was previously a lawyer at the mental health charity, Mind, and at the Public Law Project and is alumna of the Inns of Court School of Law (ICSL), presently the City Law School.