A City alumna will present a powerful exhibition on the aftermath of sexual assault for International Women’s Day.

The exhibition which was inspired by Elisa’s own experiences with sexual assault presents 24 images which each highlight individual colours in the colour wheel and depict the thoughts of sexual assault survivors.

Tell us a bit about your film and photography work?

My background is in cinematography as I mainly work in film. My MA was in international journalism where I focussed on the visual side of reporting. I have always loved photography and throughout my life, I have just never stopped shooting pictures!
I have always been interested in storytelling through visuals. As part of my Masters at City, I went to Egypt to do my final project on the City of the Dead— an inhabited necropolis. In another project separate to my MA, I covered the Rabaa camp protests after president Morsi was deposed by the military shortly thereafter.

I love to travel and have worked as a camerawoman in 5 continents, but generally women going around the world will experience difficulty at some point. Egypt had a lot of sexual violence. Taxi drivers often harass women and some women are followed back to their hotels. Many experienced severe forms of abuse.

A lot of these places have very limited laws to protect women and travel can become dangerous. 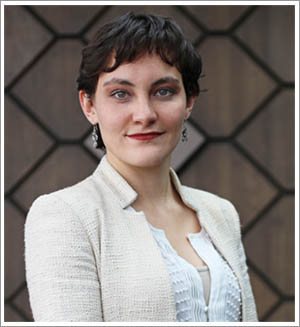 What inspired you to create this exhibition?

I was raped by a family member back home in Mexico when I was 23. The experience was almost ironic, given that I had travelled so much for work, and this happened to me at home which is where you are meant to be safe.

After that incident my career stalled and I could not find the strength to pick up a camera or think about working or talking about anything or to anyone. Then I found out about art therapy, where you can express yourself without using words. I used imagery to create my thoughts and connected with people who were doing the same thing.

I became very attached to the image of broken wings and used that to describe my feelings. I found out that a lot of other people had their own images which they found comfort in, things like ballet shoes and the colour yellow. I wanted to create an exhibition which will allow people to showcase their thoughts when they cannot put things into words.

How can art therapy help someone experiencing trauma or post trauma?

Some of the people who collaborated with me had done art therapy before and were quite creative themselves. Some people are just better at creating something than saying it.

The nicest thing I have found about this project is that a lot of people contacted me after we had created and photographed their thoughts and said how much they felt as if a large weight had been lifted off their shoulders.

How did you find the people who have helped contribute to your exhibition?

I started reaching out to people via mental health and rape survivor charities. I told them my story and explained what I was doing. Some of them helped me and some said that they could not.

By the end of the first week, I had so many calls and emails from people telling me their stories and wanting to get involved. I even had a few therapists offering to help.

However, I was so surprised by the amount of people who came to me from my everyday life. One woman who I met on the tube told me her story where she was sexually abused and another woman who gave me a facial shared her experiences with me. People came from a wide variety of circumstances to talk to me about these things.

To me this highlighted just how prevalent this topic is, as there is no profile for a rape survivor or a rapist. This is a thing which could happen to anyone from anywhere and people of all different backgrounds.

Did you learn anything at City which has helped you in your career?

There are a lot of overlaps between film making, photography and journalism. I had already been working in challenging environments with my film making prior to my MA, and I actually used some of these skills when I was working in Egypt as part of my course.

What I took away from City was the unbelievable amount of connections I made. I made lasting friendships with people from around 40 different countries, some of which I am still in contact with today.  I can contact people from all over the world, and many of them are people that I met at City.

With topics such as your exhibition, the gender pay gap and #MeToo being widely discussed, do you think things are looking better for the future?

I think at times you can look in the news and just feel a bit deflated. With all of these problems around sexual assault and sexism now being highlighted in the charity and humanitarian sector, you feel sad and question whether we can actually tackle these issues.

We must make it as difficult as possible for abusers to continue how they have and get away with things.

What does International Women’s Day mean to you?

It is a day which must get people talking and interested in the topic. It is a chance to celebrate 50% of the world and acknowledge the struggles of women and celebrate the advancements we have made.

I also think that men have a very important role in this day. It has to be both men and women verses this common evil, as sexual assault can affect anyone. We need to form a united front against sexual abuse to ensure that this evil is no longer allowed to continue.

My exhibition is on International Women’s Day, as we all need to keep identifying these problems and step up in the role we want to have, otherwise nothing will change.