In his written evidence to the House of Commons’ Communities and Local Government Committee on January 8th 2018, Professor Ian Loveland raised a number of concerns about the Draft Tenant Fees Bill.

Professor Loveland warned MPs regarding several issues about the way in which the Bill is currently drafted, with the enforcement mechanism for fines on unlawfully charged deposits by landlords and letting agents comprising his chief concern. 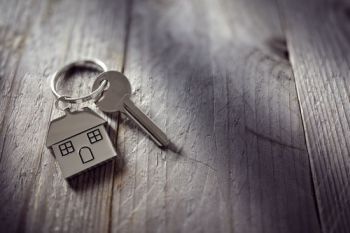 He says the range of fines that can be imposed by local authorities on landlords and letting agents could lead to “very wide discrepancies”; the Draft Bill’s provision of a £5000 fine could prove to be disproportionate for what may have only been a hundred pounds in terms of prohibited payment.

Professor Loveland said the Bill was silent on guidance around the discretionary powers to Councils in imposing fines:

“There is no provision in the Bill - and no allusion to the issue in the explanatory notes, to structure this discretionary power in any way. Is it the government’s assumption that such guidance will include an indication of the factors that should be taken into account in deciding the size of any fine? If that is the assumption, further consideration should perhaps be given to affording such factors an explicit statutory basis.”

He also took issue with the way Clauses 7 and 9 of the Draft Bill interact with each other. Clause 9 is the criminal offence provision, and, reading back from Clause 9 into Clause 7, Professor Loveland says a fine could go escalate to as much as £30,000 if a local authority is satisfied beyond reasonable doubt that the landlord or the agent has committed an offence under Clause 9.

Professor Loveland warned MPs that there would be serious problems in reconciling this situation with the Human Rights Act 1998.

He said that there would be “great difficulties in reconciling” such a situation with the Human Rights Act, given that Clause 7 essentially gives the Council the criminal jurisdiction of a Magistrates Court without the attendant procedural protections that a defendant is expected to enjoy in a criminal prosecution. The most significant of these protections being that the decision maker is independent of the parties - a protection that is clearly lacking of the council decides if an offence has been committed and then levies a fine which is payable to the council itself.

Professor Loveland believes that the £5000 maximum fine is likely to be very high relative to the size of any payment that might be made. As such it could have a crippling financial impact on single property, non-professional landlords; there may be some merit in linking the fine under this scheme to the level of damages payable under the tenancy deposit scheme (i.e. between 1 and 3 times the amount of the deposit).

As the Bill stands, Professor Loveland also adds there could be a significant variation in the fines imposed by councils.

The obvious consequence of which could be litigation challenging the size of and basis for fines.

To view Professor Loveland giving evidence to the House of Commons' Communities and Local Government Committee,  please visit this weblink.