The degree of Doctor of Laws has been conferred on the City Law School alumna for her outstanding commitment to excellence in healthcare.
First published Wednesday, 31st January, 2018 • by John Stevenson (Senior Communications Officer) 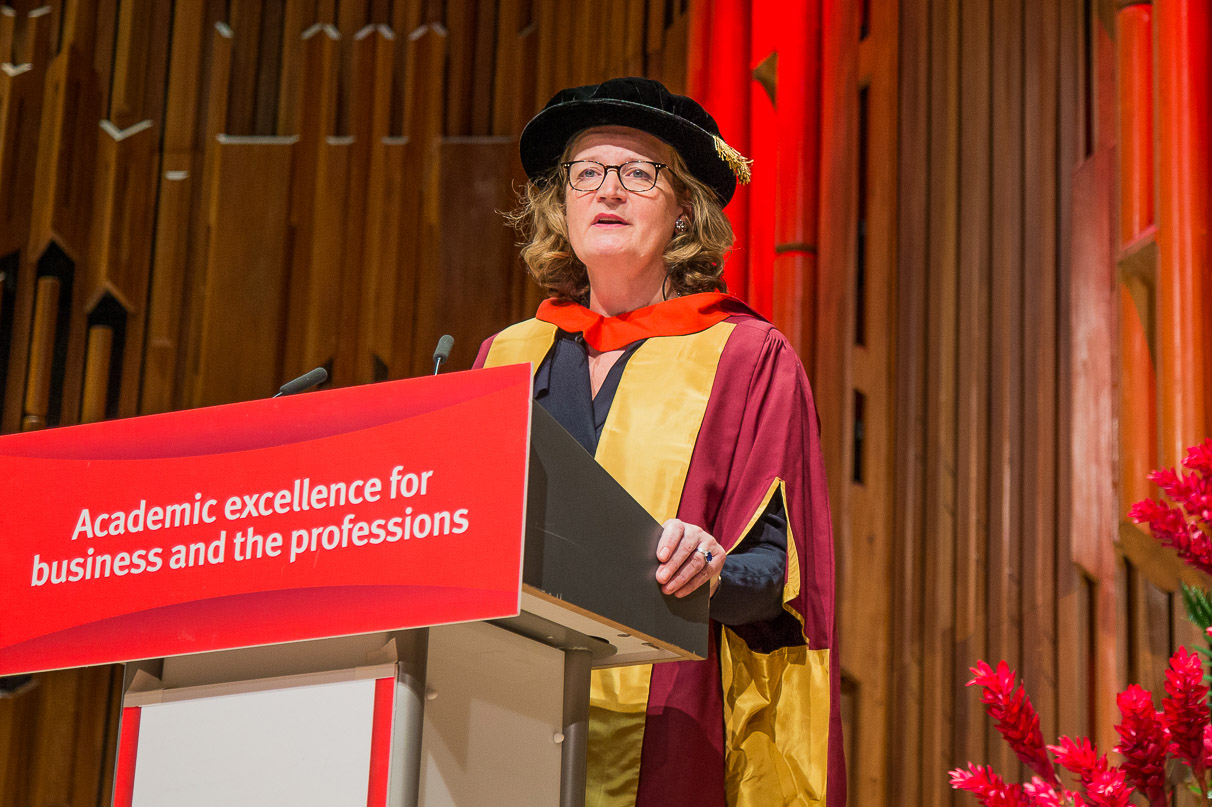 She was made a Doctor of Laws in recognition of her outstanding commitment to excellence in healthcare at a graduation ceremony on Wednesday, 31st January 2018.

Dr Green was presented with her degree by outgoing Chair of City, University of London's Council, Mr Rob Woodward, at the Barbican Centre in London.

The award was conferred during a graduation ceremony for students from the City Law School.

Speaking during the event, Dr Green advised graduands of the need to be "caring and go the extra mile when it matters." She reminded her audience of new degree holders to be flexible and be "open to work in different ways, at different times, in different places".

Dr Green started her career in communications as Head of Corporate Affairs for Carlton Communications. She was Chairman of the Royal Marsden NHS Foundation Trust from 1998 to 2010.

She went on to earn an LLB with distinction (Graduate Entry) from the Law Department at City, University of London in 1993 and was called to the Bar at the Middle Temple in 1994.

She has served as Chair of the Moorfields Eye Hospital NHS Foundation Trust since 2016.