Shipping, economic hardship and the law

The City Law School's Professor of Commercial and Maritime Law, Professor Jason Chuah, has been researching the way in which economic hardship extends to how shipping companies, following liquidation or bankruptcy, could continue to perform their contractual obligations without causing damage to their creditors and customers.
First published Tuesday, 6th February, 2018 • by John Stevenson (Senior Communications Officer)

Professor Jason Chuah is Professor of Commercial and Maritime Law at The City Law School.

His research concerns how the law facilitates (or not, as the case may be) the renegotiation of contracts to avoid an economically wasteful outcome while respecting the fact that freedom to contract is an important principle.

His recent book Hardship in Transnational Commercial Contracts demonstrates the limits of contractual solutions and the inadequacies of the legal framework. 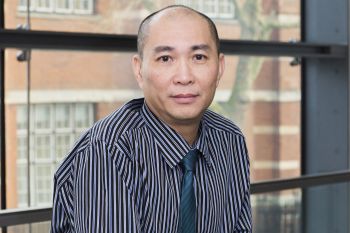 Professor Chuah’s work on economic hardship extends to how shipping companies, following liquidation or bankruptcy, could continue to perform their contractual obligations without causing damage to their creditors and customers.

The matter is more severe in shipping than in many other commercial settings because international maritime law allows lawyers to arrest seagoing ships if there is a ‘maritime claim’ (which can include, in some jurisdictions, a small, simple debt) against the ship-owner.

However, that could effectively put a shipping company out of business as it would not be in a position to perform its other contracts. Also, there would be a hugely negative impact on the cargo owners whose goods are on board a ship which had been arrested.

That said, the right to be able to arrest a ship to pursue a claim is essential.

Professor Chuah’s work informs the current global debate on how best to manage that tension between insolvency law and the law on ship arrest.

Professor Chuah is especially interested in how different legal systems interact in a transnational or cross-border commercial context. That theme carries through in his ground-breaking work on how those international commercial and financial structures which are established according to Islamic principles should and would be treated and dealt with by secular western law.

Professor Chuah is one of the world’s leading experts on the place of Islamic commerce in western legal settings and vice versa. His research has been extensively cited and relied on by commercial organisations and international banking institutions. He is regularly interviewed and quoted by newspapers and the specialist financial press on the subject. His research is especially important when considering that Islamic finance is growing significantly both in pace and magnitude, in the UK and globally.

In 2014, the UK government issued a ‘sukuk’ (Islamic bond) valued at £200 million, maturing on 22nd July 2019, which was sold to international investors. This was the world’s first sovereign sukuk issued by a non-Islamic country and orders were totalling around £2.3 billion.  The role of Islamic finance in a global financial centre, such as London, should continue to increase as Brexit takes hold.

However, many legal systems in Europe and elsewhere are not primed to accommodate and facilitate Islamic-compliant financial products, especially where these products are bought and sold internationally; Professor Chuah’s work fills a vital gap in the existing knowledge.

Professor Chuah is Head of Department (Academic Programmes) in The City Law School and Chair of the London Universities Maritime Law and Policy Research Group, hosted at City.

He is a peer reviewer on the Arts and Humanities Research Council (AHRC) and has been involved in various consultations with the Ministry of Justice, the Organisation for Economic Cooperation and Development, the International Chamber of Commerce, the Association of British Insurers and the United Nations Commission on International Trade Law.

Professor Chuah’s works have been cited by institutions and organisations in the UK, EU, US and Asia.

His work on insolvency law is leading to the publication of a co-authored book, Executory Contracts and Insolvency.

His current research interest is on how blockchains or smart contracts will affect maritime and trade law and early findings will soon be published in another book.