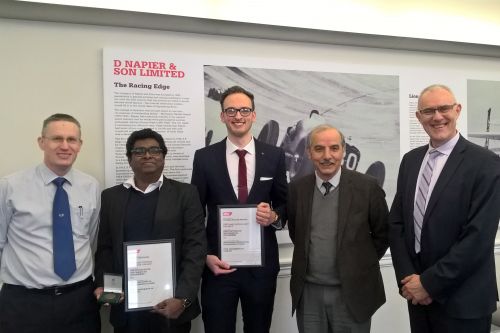 On 14th February they presented their reports to the board of the Fluid Machinery Group (FMG) at the IMechE's London headquarters.

Chair of the FMG, Dr Martyn Yates, from Rolls Royce, presented the Awards to the winning City engineering students.

He said that it was very encouraging to see the quality of work being presented and stated that Shane and Thomas, "are a credit to themselves and to City".

The work of these students goes a long way to demonstrate that they can perform to the highest standards within industry. The presentations they made were exemplary and I am proud that their outstanding work has been recognised by the IMechE - the UK's independent professional association and learned society representing mechanical engineers and the engineering profession.