Nursing staff at City, University of London have been shortlisted for the HSJ Awards along with the City and Hackney GP Confederation for their work in developing a bespoke one year programme for newly employed general practice nurses (GPN) in the City and Hackney.

The programme started as a response to the challenges in addressing a shortfall in general practice nursing numbers in City and Hackney. The winners will be announced at the HSJ awards on 22 November 2017. 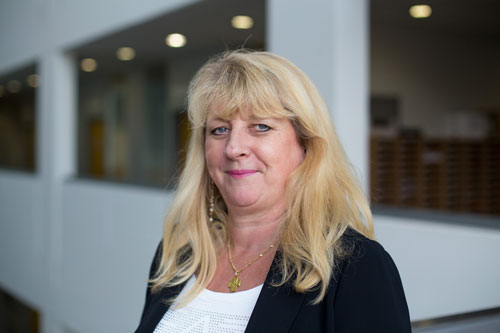 In particular, the project was set up to provide mentor support through a practice nurse facilitator role to trainee GPN, practice nurse mentors, who would act as a training resource for the GP practices hosting a trainee GPN. Furthermore, all trainee GPN undertook the established and successful practice nurse programme (i.e. BSc/Graduate Diploma/PgDip Primary Care (Practice Nurse)) at City, University of London.

Due to the success of the project, the programme is now seen as a beacon within Health Education England working across North and Central East London. Satisfaction levels are high from general practices, trainee GPN and their mentors. Following the first intake in February 2016, applications have also increased, and now outnumbered places for 2018 by a 5:1 ratio.

A recent report from the Care Quality Commission found that better performing general practices are more likely to have “invested in, and valued, their nursing teams”, with such practices also tending to invest in training and developing their nursing teams, and make use of advanced nurse roles. As a result, such mentorships programmes for practice nurses can have a clear benefit, while also helping to reduce isolation for those working in general practice.

In particular, results from the City and Hackney GP Confederation project, which is currently half way through the second year has shown the following:

The trainee GPN have been widely involved across London in advocating the programme both at local and regional events, and the documentation developed by City and Hackney GP Confederation has been shared with colleagues across the locality. In addition, the preceptorship documentation is feeding into the wider Capital Nurse preceptorship strategy for the London nursing workforce.

The practice nurse facilitator role has allowed City & Hackney GP Confederation to expand mentorship and develop a programme for clinical supervision, which is due to be implemented locality wide from autumn 2017.

“It is a great honour to have been shortlisted for the HSJ Awards and to be associated with my colleagues in City and Hackney GP Confederation. We are very proud of the City and Hackney GP Confederation project, as the team has shown the clear benefits of mentorship and other support mechanisms for newly employed GPN. This project is underpinned by our practice nurse programme at the university.   The host GP practices have also mentioned their satisfaction and support for the programme and as a consequence undergraduate nursing placements are increasing in City and Hackney due to the positive learning environment in these host practices. We hope that this is just the start of the project, and that other localities in London and beyond can take forward similar initiatives to help increase the GPN workforce.”