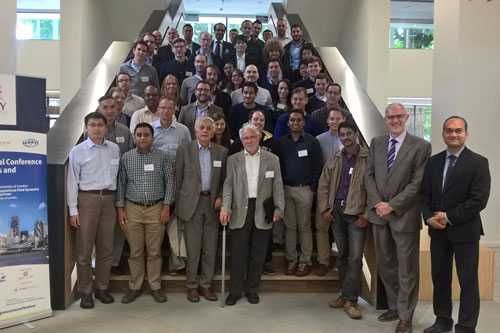 The Centre for Compressor Technology at City, University of London, organised and hosted the 10th biennial International Conference on Compressors and their Systems from 11th to 13th September.

City’s President, Professor Sir Paul Curran, welcomed delegates to the conference on 11th September, emphasizing the importance of the Conference to the University’s overall strategic plan.

Chaired by Professor Ahmed Kovacevic, Howden Chair in Engineering Design and Compressor Technology, the conference was attended by 214 delegates from 23 countries, with 100 papers presented. Eighty-eight technical papers were delivered in parallel sessions during the first two days of the conference.  These were selected from 184 proposed abstracts, peer reviewed by globally recognised experts, and published by the renowned Institute of Physics’ (IOP Conference Series: Materials Science and Engineering).

The Industry Day, introduced for the first time at the 9th Conference in 2015, has now become a standard event on the final day of the conference. Eight industry representatives spoke to 100 delegates about business and market influences on the design and manufacture of compressors, including the impact of new technologies and changes in economic, environmental and regulatory conditions. 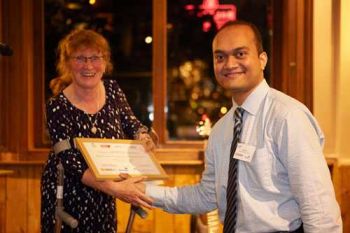 The conference was preceded by the 3rd Short Course/Forum on Computational Fluid Dynamics in Positive Displacement Compressors, from 9th to 10th September, organised by Dr Sham Rane. This attracted 56 delegates from industry and academia.

Commenting on the success of the event, Professor Kovacevic said:

“I received a large number of very positive comments about the organisation of the conference and the quality of the space in which it took place. Lucy Bennett and Louise Gordon from the City Events team, Dr Matthew Read who chaired the review committee ensuring the high technical standard of the conference, Dr Sham Rane who brilliantly organised the Short Course, and Afia Masood who joined us as the Secretary of the Conference only two months ago, all did an excellent job. Professor Jamshid Nouri, our Head of the Mechanical Engineering and Aeronautics Department provided great support and encouragement in the organisation of the conference.”

Professor Pega Hrnjak, Director of the University of Illinois Air Conditioning and Refrigeration Centre was very impressed with the conference, and said:

“There was an excellent selection of research papers and technologies presented at this very well organized conference.”

“The Centre for Compressor Technology is the world leading institute for research on compressors and expanders. The conference, combined with the display of our lab facilities has assisted the Centre and the University to demonstrate the excellence of our research and education profile.”