The myth of meritocracy is increasing inequality, academic argues in new book

Dr Jo Littler draws from her research in her book Against Meritocracy: Culture, power and myths of mobility 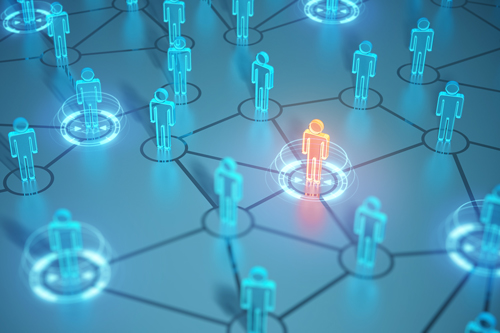 Society is becoming more divided because wealthy and powerful figures are promoting the notion of a meritocracy while failing to address inequality, according to a new book by a sociologist at City, University of London.

Dr Jo Littler says people in Britain, as in a wide range of countries from the US to Singapore, are being told that they live in a meritocracy – a ‘fair’ society in which citizens can achieve anything with enough hard work, regardless of their social position at birth.

However, she argues this is a myth because many people are increasingly disadvantaged in various ways, often by their gender and ethnicity, as well as their levels of financial wealth.

The book, Against Meritocracy: Culture, power and myths of mobility, traces the history of the idea of meritocracy and uses case studies from Dr Littler’s own research to show how popular culture and advertising are being used to support the notion.

She said: “My research shows how the idea of meritocracy is today an inescapable part of our culture. It’s all around us, not just in the political world, but in media, education and in stories told about work. It contains a grain of truth and a whole heap of mystification.

“I am particularly interested in what I call the ‘meritocratic deficit’ – or how those already socially disadvantaged in terms of gender, ethnicity and class have been doubly disadvantaged over the past few decades by being incited so forcefully to climb the ladder.”

The first part of Against Meritocracy discusses the history of the idea and where it comes from. The second part discusses case studies that present myths of social mobility and the 'parables of progress’.

The examples include the idea of the ‘mumpreneur’, a mother who juggles childcare while running her own business, the row over racial diversity on HBO reality TV show Project Greenlight, and representations of the ‘deserving’ rich in programmes like The Apprentice and CEO autobiographies.

Dr Littler, a Reader in the Department of Sociology at City, says the rise in the promotion of meritocracy has come with the rise of neoliberalism – the political theory that suggests society works best if people are encouraged to take individual responsibility and public services are privatised.

“The book argues that under neoliberalism, the idea of meritocracy has been marketised and used as an ideological weapon by a wealthy elite,” she said.

Against Meritocracy argues meritocracy is the key cultural means of legitimation for contemporary neoliberal culture – and that while it promises opportunity, it in fact creates new forms of social division.

“People are encouraged to internalise the idea that if they fail to climb the ladder, it is their own fault, at the same time as the chances of being able to climb it are falling on a daily basis,” she said.

Dr Littler also recently discussed the issues associated with the meritocracy in an article for the Guardian.