Experts at City, University of London provide analysis of the UK Budget announcement

Academics from across City, University of London have provided analysis of the 2017 Autumn Budget, announced on Wednesday 22nd November by Philip Hammond, Chancellor of the Exchequer. 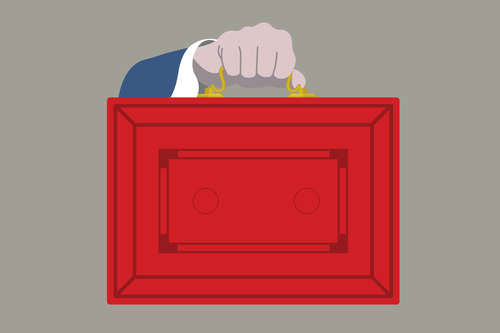 It is strategically “very wise” for the UK government to increase public spending and reverse austerity, Professor Anastasia Nesvetailova told the Today programme on BBC Radio 4 (1:37:16).

However, she said it would be difficult for the Chancellor to push through higher spending and borrowing because of the influence of people in the Conservative Party who believe austerity is positive for the country’s finances.

Professor Nesvetailova said austerity should have been eased “much earlier” and suggested this probably would have helped to address economic uncertainty in the country.

“Austerity is an ideological and very sticky idea, so it’s very difficult to push [more public spending] through a minority of right-wing economists and Brexiteers, who see that the national budget should be run like a family budget,” she said.

The academic, of the Department of International Politics, said the Chancellor should invest in people, “infrastructure, skills, training – some of the measures he has already apparently planned for today’s Budget”.

She also suggested the UK could borrow “very easily” because global investors relied on such government investment to support their own finances.

“This is a very necessary measure for big institutional investors, who are operating in the market, because they need government paper as a safe asset for their financial investment,” she said.

Professor Nesvetailova explained it would be politically “tempting” for the Chancellor to support more spending, with public opinion starting to back this.

“It takes political will, but that strategically would be a very wise thing to do,” she said.

“The Chancellor is hoping to put a stop to the productivity crisis with measures in today’s Budget. This is likely to mean repackaging existing infrastructure and skills initiatives. But if Mr Hammond really wants to address lagging UK productivity he needs to address three deep-seated diseases in the UK economy: stopping march of the muppets, ending the David Brent effect, and calling time on rubbish jobs."

Professor Spicer said the UK economy has some highly productive firms.  However, he argues that the economy is also full of 'muppets' - economically marginal, undersized, poorly performing enterprises.

“We are told than small businesses are full of entrepreneurial vigour, but most UK firms are lethargic about innovation. In reality, most innovation in the UK economy happens in big firms which are backed by the government. To boost national productivity we need to help develop business practices in small firms, and generate a band of productive and innovation mid-sized firms found in places like Germany or Switzerland.”

“The average UK worker produces as much in five days as the average German worker produces in four days. One reason for this is that British workers spend two full days a week in meetings. Often these are unproductive wastes of time filled with empty management speak. To improve we need less management piffle and more good management practice.”

“The classic example of this is hand car washing. This job was done by machines five to ten years ago, but now people are cheaper so this form of unproductive labour has been returning. Car washing machines have become rare. We need the government to invest in creating good jobs, so human talent does not flow to unproductive sectors of the economy like hand car washing.”

Business Bullsh*t and Desperately Seeking Self-Improvement, by Professor Andre Spicer are out now. 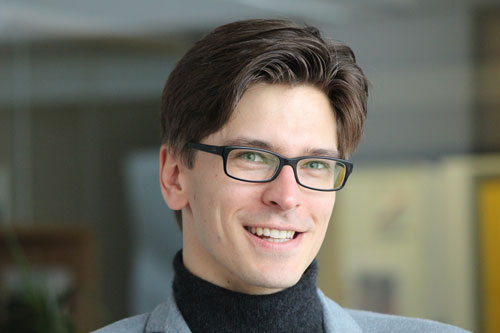 “The widespread adoption of AI across all industries and in everyday life has only started, but changes are already noticeable even in people’s homes – just think of Google Translate for websites, or smart home assistants like Alexa.  Autonomous vehicles seem increasingly likely to be ‘the next big thing’, possibly even becoming the hallmark of the current ‘Age of AI’ (independent of whether full autonomy can be achieved, or if the – more likely – strongly assisted human driving scenario obtains).”

Dr Besold warns it is difficult to predict the likely impact of Brexit on AI and there are concerns that EU funds for this may become scare in the future.

“At the moment London is the European heart for much of the corresponding academic and industry R&D, relying on a very international and diverse pool of scientists and engineers, many of whom come to the UK from within the EU27. Predicting the likely consequences of a “hard Brexit” (with possible ramifications like a cessation of the right of family reunification, or a loss of EU-wide recognition of pension claims) on talent availability and permanence at the moment seems impossible, but there are serious worries that the key resource driving AI research and development might become increasingly scarce within the years to come.”

The NHS, Brexit and stamp duty 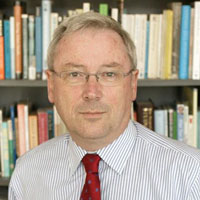 Richard Murphy, Professor of Practice in International Political Economy, said the Budget lacked substance but there were worrying messages within his speech.

What a budget: Philip Hammond said he would consider measures to tackle the growth in the use of plastics during the budget and yet this was a budget that delivered more padding than substance. Perhaps he should impose a tax on that too.

But at its core there were deep and worrying messages within what Hammond had to say. The cost of Brexit is apparent: we are now going to have growth a lot lower than most of the EU. Growth is going to fall to 1.3% in two years' time. And the investment in Brexit will, at an astonishingly small £3 billion, still be greater than the funding available for the NHS.

Included in that NHS funding was another interesting number: instead of the £350 million a week the NHS in England will get £350 million extra to see it through the whole winter.

Professor Murphy suggested the change to stamp duty would not help first-time buyers. And he suggested the government did not want to risk its credibility, which was on the line because of the Brexit process, through any radical policies.

Let's ignore the small numbers that proliferated throughout the budget statement. What they actually evidenced was three things. The first was a Chancellor out of ideas. His biggest cheer were probably for announcing that there will be no in change in VAT rules and that there will be some tweaks to stamp duty in England and Wales which all the evidence shows (because the move has been tried before) do not help first time buyers.

Second, they evidenced a Chancellor who cannot do anything radical even though so much within the economy (including the growth figures) demands it. That's because this government has no political capital to spend on taking risk on behalf of the people of the UK when all the political capital it has is being expended on Brexit and keeping the Democratric Unionists happy.

The City academic added that the absence of big numbers in the Budget speech was a sign that the Government was not prepared to address the high cost of leaving the European Union.

And third, the small numbers were there to disguise the fact that the big numbers were never mentioned. And what are the big numbers? They are the cost of a Brexit divorce settlement; the cost of a hard Brexit; and the cost to growth of being outside the biggest free trade group of nations we can ever be a member of. None of those were mentioned precisely because Philip Hammond, like the rest of the government, still pretends that Brexit is a cost free, risk-free exercise when everyone knows that is not true, from the Office for Budget Responsibility onwards, despite which they also ignored it.

Professor Murphy concluded that the Budget was the "most inconsequential of those I have listened to for forty years", but warned there was "trouble ahead". 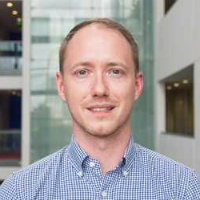 The Chancellor's speech outlined "a humdrum fiscal plan for dreary times", according to Dr Sandy Hager, Lecturer in International Political Economy, who said pundits anticipating a budget of few surprises or one "lacking in any grand vision", appeared to have got it right.

I was interested to see what the budget would have to offer to young people. After all, the disastrous election result for the Tories earlier this year was due in part to its lack of popularity amongst younger voters. What is being done in this budget to address the widening generational divide?

The answer, in short, is very little. Discounted rail cards for under thirties, the elimination of stamp duty for first time home buyers, the building of up to 300,00 new homes by the mid-2020s. These all sound youth-friendly. But the problem is that they do very little to address the challenges that young people, especially working class young people, face in the here and now.

Initiatives to promote home ownership do nothing for those already priced out of the real estate market. A freeze on tuition fees is certainly better than an increase, but concerns over skyrocketing levels of student indebtedness remain. 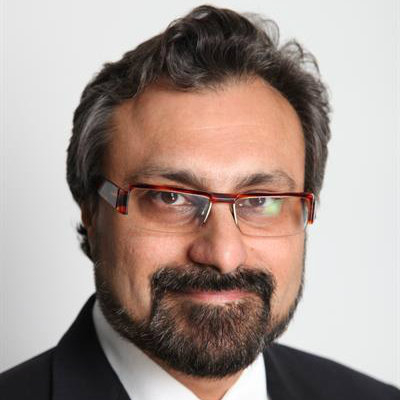 "The Chancellor has identified higher productivity as the key to GDP growth, something which is quite important given the increasingly pessimistic economic forecasts.

"But does this budget create conditions for improving productivity? Labour productivity is GDP per one hour of labour so to increase it, the Chancellor has to propose measures to increase GDP, given the hours already being worked, or decrease the amount of time it would take for labour to do the same work. The housing sop was expected - increases in stamp duty have made things difficult for the middle class, especially in London, to upgrade or even buy property. In any case, this will help as would an increase in housing (if it materialises) in increasing GDP. The increase in the minimum wage may attract more workers including lower productivity ones so increasing GDP with these measures may not mean increased productivity.

"On education, the Chancellor certainly appears to have sown the seeds of productivity growth by seeking to invest in computer science and maths as well as in retraining with a new partnership between the CBI, the government, and the TUC. This is a good start but more could be done. The Chancellor missed an opportunity to resurrect the polytechnic system to create a more productive labour force but this is something the government has to think about and compare the UK to Germany as regards to vocational training. In any case, the T-levels are an improvement and additional investment, if indeed this is additional, will help. With a likely reduction in immigration, more British people will have to enter the workforce and and these workers will have to be trained if they are to be more productive than the workers they are replacing, if productivity is to grow.

"The Chancellor has taken a very similar approach to new sector-investment and R&D and these are welcome steps in the long term. This will help GDP grow and create high-value-creating jobs that will increase productivity albeit in the longer term.

"In summary, this may be the best budget possible in the circumstances for this government. With specific regards to  productivity growth, precisely because of these circumstances, we cannot expect growth in the short term (except by way of clever accounting) despite the Chancellor having sown the seeds in the longer term.

"Finally, will business confidence improve enough in the near term to increase productivity growth? That is a question much bigger than this budget."