On 4th May there will be local elections across the country. In many respects, these will be a formality: citizens having the routine opportunity to vote for their local councillors. In another respect, though, the democratic exercise will be significant. Alongside elections to local councils, citizens in certain combined authority areas across England will also have the opportunity to vote – for the first time – for a directly-elected mayor. 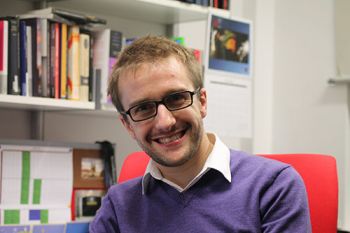 Combined authorities refer to the institution that is created when two or more local councils join together. Though there are a number of such authorities across England, elections for directly-elected mayors are to be held in six conurbations: Cambridgeshire and Peterborough, Greater Manchester, Liverpool City Region, Tees Valley, West Midlands and the West of England. Once elected, the mayors will work with local councillors across their respective region and exercise a range of new powers for the benefit of local people.

The introduction of these new mayoral positions are a direct result of policies announced by George Osborne in 2015, whereby combined authorities could receive and benefit from a range of increased power and authority, provided they agreed to elect one of these mayors. Greater Manchester was the trailblazer, with Osborne thereafter seeking to introduce the initiative more broadly under within the Northern Powerhouse policy. It is, in this sense, at the heart of the current Government’s localism agenda.

Directly-elected mayors in English local government, however, have been around for a few years. Most prominently, the Mayor of London – currently Sadiq Khan – is a position that was created by legislation in 1999 and, since that time, it has come to represent strong governance and leadership across the capital. Indeed, the unique challenge of government in London – demonstrated by the fact that local governmental arrangements have long differed from the rest of the country – has undoubtedly benefited from the prominent figurehead ensured by the position of London Mayor.

More widely, legislation in 2000 made provision for directly-elected mayors to be introduced across the country, provided a referendum on the issue showed local support for the position. Since then, further legislation has made changes to these potential arrangements, reflecting the perennial desire that successive governments have shown to see these mayors introduced across England. Indeed, most recently, the Cities and Local Government Devolution Act 2016 provides the legal framework for this week’s mayoral elections and the potential for devolved power that is intended to come about as a result.

The Government’s long-held desire to introduce directly-elected mayors stems, in chief, from the clearer accountability that the position arguably brings. The contention is that, having one individual in charge of a local governmental area and directly elected by local people (rather than by members of the council), citizens will be able to point towards a single person who will be ultimately responsible for local decisions and policies, that person also being directly accountable through the electoral process. 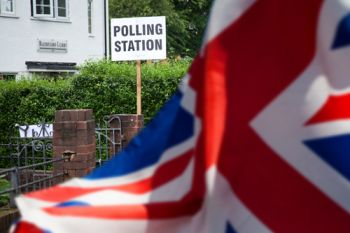 Indeed, in setting out the Northern Powerhouse policy in May 2015, Osborne emphasised ‘the accountability and leadership that an elected city-wide mayor [would] provide’.

More broadly, though, English local government’s move towards the increased adoption of directly-elected mayors is part of a much larger, international trend on similar lines. Certain European countries (Italy, Hungary, Poland, Romania and Slovenia, for example) already make use of elected mayors, whilst in Ireland – a constitutional system with its roots in the UK – whilst there are not yet any mayors there, a debate concerning their introduction has been ongoing for the best part of 20 years and has, at times, come close to bearing fruit.

The potentially improved accountability of directly-elected mayors notwithstanding, however, the democratic support for this model of local government arrangements has always been particularly weak. Though the Local Government Act 2000 – along with subsequent legislation – was designed to inspire adoption of the model across England, of the 53 referenda that have been held under the authority of that Act, only 16 saw a vote in favour of directly-elected mayors. The public, it seems, is not overly enamoured with the model.

It is a combination of this lack of democratic support for ‘metro mayors’ and the Government’s strong desire to see them adopted that underpins the reality that their introduction without any referendum. Local people in the aforementioned localities have not yet had any say over whether they wish to have an elected mayor governing their area.

It is, instead, a product of deals done behind closed doors between councillors and representatives of Central Government.

Elect a metro-mayor and you will enjoy a wealth of newly devolved powers, councils have been told. The mass introduction of directly-elected mayoral positions that will come from this week’s elections, therefore, is potentially worrying. Theresa May’s reported scepticism of their adoption notwithstanding, it is troubling that the Government has consistently seemed so keen to introduce these new mayors, despite a clear message from the people.

Though the promise of further devolution to councils and increased power for these mayors undoubtedly sweetens the deal and provides attractive justification for their adoption, this time around, implementation of this policy seems to reflect an all too familiar pattern of the centre imposing on local government its own policies, agendas and desires. Indeed, a centralist approach to local government has been widely noted and broadly criticised.

Central government enjoys a raft of powers that enable it to interfere in the process of local politics and guide and direct the manner in which councils exercise their ‘local’ powers. If the introduction of these new, ‘accountable’ directly-elected mayors was intended to represent a shift in the way local government works in England, it appears to have failed to address this most pressing issue. 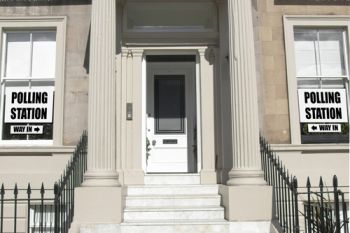 The promise of new powers for councils, exercised through these mayors, therefore is bittersweet.

Decentralisation of authority is to be seen as a good thing, but if it is to effect the fundamental change that local government in England undoubtedly needs, then it needs to happen in way that local people desire and not in a fashion favoured by the centre, against the wishes of the people.

The further introduction of directly-elected mayors this week, therefore, will be a notable event in the development of English local government, but it also highlights that we need to go much further if we are to correct the problems that have long hindered the realisation of local democracy.

The Northern Powerhouse is a proposal to boost economic growth in the North of England by the 2010-15 coalition government and 2015-2017 Conservative government in the United Kingdom, particularly in the "Core Cities" of Manchester, Liverpool, Leeds, Sheffield and Newcastle. The proposal is based on urban agglomeration and aims to reposition the English economy away from London and the South East.