Dr Enrico Bonadio, a Senior Lecturer in the City Law School, says the tobacco industry's bid to avoid plain packaging by relying on legal arguments around trade and intellectual property rights, is being systematically dismissed by courts around the world.
First published Tuesday, 23rd May, 2017 • by City Press Office (General enquiries)

You may already have seen the tobacco packs currently sold in the UK: a dark, murky green colour with large graphic health-warning images and scary messages aimed at informing current and potential smokers about the devastating consequences of tobacco consumption. They have no colourful logos, with the brand name just displayed in small characters in a standard font. 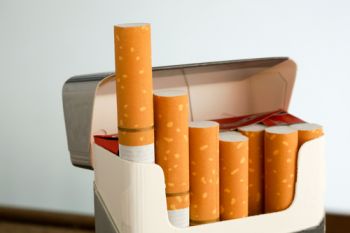 These packs are now required by new regulations which entered into force in May 2016. There has been a one-year transitional period for the sell-through of old stock – and from May 20 2017 all tobacco products on sale in the UK must comply with the new rules.

The legislative move has been recommended to all countries by the World Health Organisation to reduce the attractiveness of smoking and eventually reduce consumption. Australia was the first country to introduce such strict packaging requirements in December 2012. France and, of course, the UK have since followed suit.

It follows significant research that shows these new standardised cigarette packs are much less appealing to consumers – and young people especially.
The industry's legal defeats

No wonder tobacco companies have challenged the measure in the courts. They have argued that it is useless, too harsh – and is an infringement of their fundamental and intellectual property rights, especially trademarks. Yet, their claims are based on weak arguments and have been rejected by both the High Court of England and Wales and the Court of Appeal.

The tobacco industry has faced numerous courtroom defeats of late. Last year Uruguay won a landmark case against the Swiss giant Philip Morris International. The company had sued the Latin American state after it introduced two measures affecting tobacco packaging and trademarks. These were mandatory graphic health warnings covering 80% of cigarette packets (a measure very close to plain packaging) and the obligation for tobacco companies to adopt a single presentation for their brands, dropping for example the “gold” and “blue” descriptors, that could lead smokers to believe one variant was safer than another. 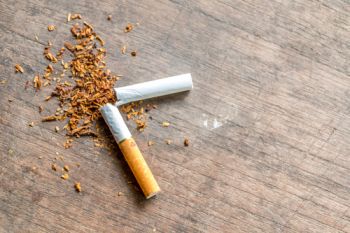 The fact that the courts sided with Uruguay would have been encouraging to other countries aiming to introduce controls on tobacco packaging. And even greater encouragement came recently from a World Trade Organisation ruling which deemed that the plain packaging requirements introduced by Australia as compliant with international trade and intellectual property rules – and are therefore a legitimate public health measure.

The decision has not been officially announced, but a confidential draft of the interim ruling was leaked to the media and the final decision is expected later this year. The Australian measure had been challenged at the WTO tribunal by Cuba, Dominican Republic, Indonesia and Honduras, countries whose economies strongly rely on the tobacco industry.

This is a blow to the industry. The short-term consequences of the WTO ruling – Imperial Tobacco’s shares fell more than 2% after the decision was leaked – reflects the longer-term danger that this ruling poses. It will likely convince other states to introduce plain packaging legislation without fear of violating international trade and intellectual property laws. It basically gives them a green light by removing the regulatory chilling effect that such legal action has produced on countries that wanted to follow Australia’s example.

After all, more and more countries seem interested in adopting standardised packaging. As well as France and the UK, Ireland and Norway will introduce packaging restrictions later in 2017, and Hungary in 2018. Many other states are debating similar measures, including New Zealand, Canada, Belgium, Slovenia, Belgium, Singapore and Thailand. 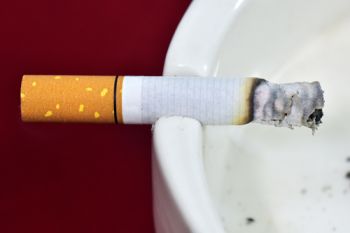 So, a legislative trend has started which aims to restrict the ability of tobacco manufacturers to make their products appealing to consumers by using eye-catching words, logos or ornamental features on the pack. And attempts by Big Tobacco to stop it by relying on legal arguments around trade and intellectual property rights are being systematically dismissed by courts around the world.

Ultimately, the industry needs to accept the fact that its ability to use fancy brands, especially on packaging, may be reduced by governments for public health reasons. Also that a company’s property rights are not absolute or untouchable. Not only does it not have enough legal basis – as has now been confirmed by several courts and tribunals – but it also disregards legitimate policies adopted by democratically elected governments.

The World Health Organization (WHO) is a specialised agency of the United Nations that is concerned with international public health. It was established on 7 April 1948, headquartered in Geneva, Switzerland. The WHO is a member of the United Nations Development Group. Its predecessor, the Health Organization, was an agency of the League of Nations.