Professor Christoph Bruecker has been awarded the Research Chair in Nature-Inspired Sensing and Flow Control for Sustainable Transport at City, University of London.

Supported by the Royal Academy of Engineering and BAE Systems, Professor Bruecker's research aims to develop an aerodynamic ‘skin’ that can be evaluated for use on future aircraft.

Professor Bruecker also holds the BAE Systems Sir Richard Olver Chair in Aeronautical Engineering, for which he was appointed in August 2015.

The research will bring together hundreds of tiny transparent ‘micro-pillars’ with optical fibres on an aerodynamic surface, providing a way to measure airflow around the surface with much more detail and precision than the relatively few sensors currently found on aircraft.

By using an elastic material for the hair-like micro-pillars, the sensors can also flex in response to the airflow, allowing them to be used not just as passive sensors but for flight control, adapting to changing external conditions and providing finer control of an aircraft. Using optical fibre technology also means that, unlike current sensors, the micro-pillars would not generate electromagnetic waves, allowing them to keep control even in harsh environments.

Applications for the smart skin technology could extend beyond aircraft.

As the micro-pillars adapt to changing conditions they not only change the aerodynamic properties of a surface – for example, by reducing drag – but also its acoustic signature, so they could be used on wind turbine blades and other propeller systems. Such detailed flow measurement and control could also be useful inside pipelines or on marine hydrofoils.

“The aim is not to copy nature, but to be inspired by it. By understanding the physical principles underlying natural flight, such as the structure of feathers and hairs, we can learn to improve our own systems. The detailed information provided by hair-like structures gives a much better understanding of a local flow situation, which the structures can then modify to improve aerodynamic control. I’m grateful for the support of the Royal Academy of Engineering and BAE Systems, whose collaboration means that the skin can be tested for real future concepts in aviation and marine transport.” 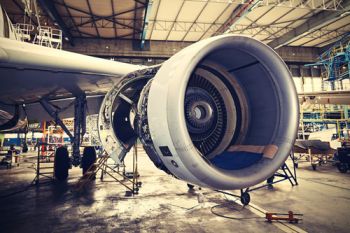 “We believe that bio-inspired research will continue to provide important technological benefits for military and civil aircraft. Professor Bruecker and his team are world experts in this field and we are delighted to continue our support of their work at City, University of London.”

“Inspired by nature, Professor Bruecker’s research will engineer solutions to sensing and control in a whole new way, which could significantly improve the fuel efficiency and sustainability of aircraft – a major benefit to both the industry and to society. This exciting work should impact positively on sectors including aerospace, energy and bulk fluid transfer. The Royal Academy of Engineering is proud to support Professor Bruecker’s work as a new Research Chair.”

City also hosts the BAE Systems Sir Richard Olver Engineering Lecture on 29th March 2017 at which the President of the Royal Academy of Engineering, Professor Dame Ann Dowling OM DBE FREng FRS, will speak on the subject of industrial strategy.

Airflow is the flow of air, especially that encountered by a moving aircraft or vehicle.