Does Islamic finance hold the economic sustainability the UK is looking for?

In the aftermath of the EU referendum and the US presidential election, 2016 was one of the most unpredictable years in recent memory. Financial markets don’t cope well with unpredictability. The London Stock Exchange has been rocked by financial instability. With so much uncertainty, will investors look to more stable havens to invest their money?

Professor Jason Chuah, Professor of Commercial and Maritime Law at The City Law School, believes that Islamic finance may be the solution.

Jason is a leading legal expert on Islamic financial law in a western context. His research on the ways Islamic financial products are structured, received and enforced in western jurisdictions such as the UK has been cited as some of the most important legal research undertaken on the subject in the UK and further afield.

“It’s difficult to say that Islamic finance will be the answer to everything, although what I think we can safely say is that it had been government policy to place London alongside Dubai as an international Islamic financial capital,” Jason says. 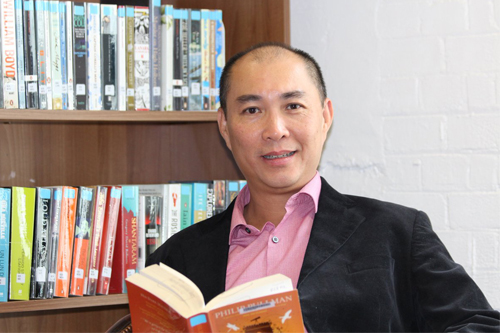 the world’s first sovereign Sukuk issued by a non-Islamic country and orders were totalling around £2.3 billion. In 2015, the UK also guaranteed, again for the first time, a Sukuk bond issued by Emirates Airlines. The guarantee was for a 10-year US$913 million issue. By any measure, that is the largest guarantee in the aviation sector by any export credit agency,” he continues.

Since fixed-income, interest-bearing bonds are not permissible in Sharia or Islamic law, Sukuk securities are structured to comply by not paying interest. This is generally done by involving a tangible asset in the investment. For example, by giving partial ownership of a property built by the investment company to the bond owners who collect the profit as rent, which is allowed under Islamic law.

Relatively speaking, Islamic finance is a small, but healthily growing corner of the larger international finance tapestry. While most other financial institutions are watching with bated breath, at this stage, things look unlikely to change in the world of Islamic finance. “I do not think that the referendum will necessarily be a deterrent to Islamic financial institutions looking to internationalise their client and investor bases. In terms of deposit taking, the majority of Islamic banks do not take deposits outside their home countries, so it is unlikely to be an issue for deposit taking. As to attracting investors, there is no need to be established in the EU to draw inward investments. The EU is not a homogenous market as far as Islamic finance is concerned. Islamic finance providers know the different advantages within the different Member States and pitch their business accordingly.”

Despite the positives, there are causes for concern and they may prevent the growth of the market. “The main issue will be legal uncertainty. How and to what extent, the current banking and financial regulations, which have largely been influenced by EU law, will change, is a relevant risk. Another big issue is the performance of the pound. If, for example, the pound falls even further, this will make it more expensive for a UK business to repay loans expressed in a foreign currency. Under English law, a contract cannot be said to be frustrated merely on the basis that performance is uneconomic or more inconvenient, meaning that these bonds will still need to be paid out.”

It’s not all doom and gloom for Jason, who remains hopeful that this could be a positive outlet post-Brexit.
“Overall, far too many people are talking about Doomsday scenarios and the like for the City of London. On the contrary, I have to say that Islamic finance providers, including some of the largest Islamic investment funds, have taken the line that the referendum could bring about different opportunities, especially with the UK being keen to attract inward investment. Still, some others might well wish to take a ‘wait and see’ approach to investing in the UK”.