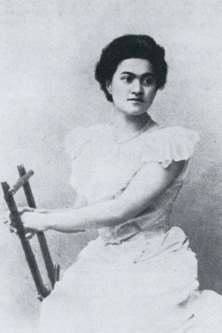 A research fellow at City is reviving the work of a forgotten female composer as part of a BBC Radio 3 project.

Dr Graham Griffiths, an Honorary Research Fellow in the Department of Music, has intensively studied the life and works of Russian composer Leokadiya Kashperova (right) over the past four years.

And now her work will be recorded for the first time after she was selected as one of five women to be included in the BBC Radio 3 initiative, run in collaboration with the Arts and Humanities Research Council (AHRC).

The names of the five composers were announced on International Women’s Day 2017, on Wednesday 8th March.

Discussing his research on the AHRC website, Dr Griffiths said: “Leokadiya Kashperova is chiefly remembered as ‘Stravinsky’s piano teacher’, but the research I have carried out over the past four years has revealed her to be not only a brilliant pianist (Glazunov’s and Balakirev’s preferred interpreter) but also an active and well-respected composer in her own right.

The project aims to shine a light on the significant achievements of unjustly neglected female composers of the past, by recording previously unrecorded works – some of which have been hidden in archives, libraries or private collections for centuries, unheard since their first performance – with the BBC Orchestras and Choirs.

The newly-recorded works will be premiered on the classical music station BBC Radio 3 on International Women’s Day in 2018.

Leokadiya Kashperova, born in 1872, was a Russian pianist and tutor who wrote Romantic songs and instrumental music. After marrying a revolutionary with links to Lenin, she was forced to leave her home city during the Russian Revolution and her music was never published or performed again. She died in 1940. 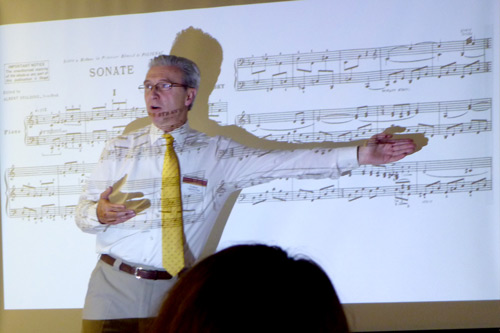 Dr Griffiths (right), a published author on Igor Stravinsky (Stravinsky’s Piano: Genesis of a Musical Language), has been studying Kashperova since 2002. Over the past four years, he has made five research-trips to St Petersburg and Moscow specifically to uncover the composer’s biography and to try to locate her ‘lost’ compositions.

He added: “My most recent research-visit to Russia (in November 2016) has unveiled a cache of unpublished compositions written, probably in secret, during her last twenty years."

All five academics involved in the project have now been invited to choose a major, previously unrecorded work by their composer for the BBC Orchestras and Choirs to record. In some cases, this will involve creating orchestral parts from an original manuscript for the first time.