Children are being targeted by plastic surgery mobile phone apps and makeover games that are having damaging effects on the way users see themselves, according to a major report supported by research from a City, University of London academic.

Professor Ros Gill played an important role in the production of the publication from the Nuffield Council on Bioethics, which says young people are facing a daily bombardment from advertising and through social media channels.

Her research, with Ana Elias, a PhD student, has also been published in an article for the European Journal of Cultural Studies, which reviews different types of apps and argues the digital products are "transforming the arena of appearance politics" and producing an "unprecedented regulatory gaze upon women". She has also contributed to the Advertising Standards Authority review on gender and body issues.

Professor Gill said: "Many of us use apps across many areas of our lives, with more and more of us tracking our steps, our exercise and our sleep. But what many people are less aware of is the rise and proliferation of beauty apps – mainly targeted at young women – which urge us to monitor, improve, and remake our appearance.

"The programmes range from image filters and modifiers at one end of the spectrum to apps that offer 'try-outs' for cosmetic surgery, which simulate how users might look if they went under the knife.

"Increasingly, there are hybrid apps which use the location-based features of phones to offer push notifications for cosmetic surgery clinics near the user. These apps are ubiquitous, cheap – indeed often free – but are having major consequences that have not yet been fully explored."

During the production of the Nuffield Council on Bioethics report, Professor Gill was called as an expert witness and gave oral and written evidence, which included her research on appearance apps. She was also an expert reviewer of the report. 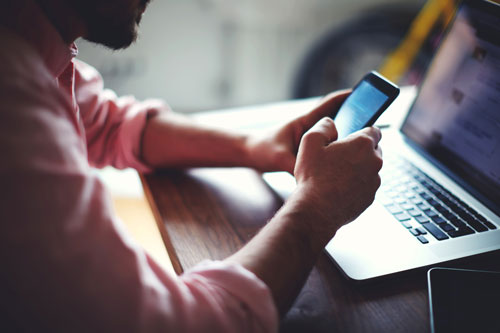 Among its recommendations is a call for social media companies to collaborate and carry out independent research to better understand how their platforms contribute to appearance anxiety, and to act on the findings.

It also says improvements are needed to the regulation of the cosmetic surgery industry and recommends a ban on "walk-in" procedures for under 18s.

"These apps are teaching us to see ourselves in new ways, encouraging us to be forensically obsessed with imperfection," she said.

"There is also an implicit racism of many of these apps – skin ‘lightening’ is a ubiquitous feature, and nose and eyelid reshaping are among the most searched-for modifications."

Ros Gill is Professor of Cultural and Social Analysis in the Department of Sociology at City, with research interests in gender and media, cultural and creative work, and mediated intimacy.