Work of UK journalists from the end of British rule in Palestine is still valuable after 50 years, City researcher claims in new study 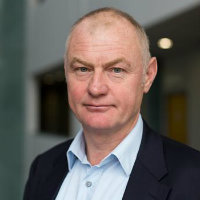 Journalists reporting the final months of British rule in Palestine produced valuable work that is still significant 50 years on, according to new research from City, University of London.

In a study of British foreign correspondents based in the area, Dr James Rodgers found that the best reporting from the time provided its audience with insight into the likely consequences of the change.

He argues this insight remains valuable in 2017, which sees the centenary of the Balfour Declaration - an influential document in the creation of Israel - and the 50th anniversary of the Six-Day War between the country and neighbouring states.

"They did manage, within the restraints placed upon them both by discourse and physical danger, to convey a sense of what was happening; of the longer term trends in the region," states Dr Rodgers. "For that reason, their work merits re-reading today – especially as the greatest challenges they identify remain unsolved."

The final days of the mandate – which lasted from around 1920 to 1948 – were the subject of "unusually extensive media scrutiny" and there was a "huge amount of editorial appetite for coverage of Palestine", where 84,000 British troops were based.

This meant there was a large number of foreign journalists in the region, including British correspondents from the Daily Mail, Daily Mirror, Daily Express, The Observer, the Manchester Guardian and The Times of London.

Among them was Clare Hollingworth, who is best known for being the first correspondent to report the outbreak of the Second World War. Her reports reveal the difficulty she had in establishing the facts – she could not place the "slightest reliance" on Jewish reports, there was "childish boasting" from the Arab press, and British authorities "never know anything more" than what they learned from the media.

Dr Rodgers states: "The British Mandate authorities had closer contact with British members of the international press corps than is the case today with the Israeli government and correspondents from outside the country.

"That does not mean that the correspondents of the Mandate era enjoyed unrestricted access, or that they universally shared the political and military authorities’ outlook."

The research also highlighted some issues with reporting from the region. Reporters were restricted by practical barriers and poor contacts, and they appeared to neglect the plight of both Jewish and Arab citizens.

"In the fifty or so news reports which formed the core of the research for this article, one looks in vain for any reflection of Arab or Jewish opinion other than that offered by official sources," states Dr Rodgers.

"Whatever one might think of later 20th century, and 21st century, reporting of the Israeli-Palestinian conflict... this seems striking. The reporting at this time seems removed from the people, Jewish and Arab, of Palestine.

"The human interest stories of the café owner, school teacher, farmer, or casual labourer, which might today be expected to provide context, or even a superficial indication of public opinion, are absent."

The academic, a former BBC correspondent in Gaza and now Leader of International Studies in the Department of Journalism at City, suggests factors for these failings could have included language barriers, dangers to personal safety, prejudice towards the local population and physical limitations in where reporters could go.

However, he argues reporters were successful in maintaining their independence despite close links with political elites and huge levels of propaganda being issued by all sides, including the British authorities, and Jewish and Arab groups.

After the British withdrawal from the region, which covered the area the now comprises Israel, Gaza and the West Bank, UK newspapers' coverage was characterised with "patriotic pride" and a focus on the achievements of the mandate. This was despite the escalating violence and tensions between Arab and Jewish groups which continue today.

Dr Rodgers' research was published to coincide with the centenary of the 1917 Balfour Declaration, which saw the British begin to pave the way for the creation of Israel, and the 50th anniversary of the Six-Day War in 1967.