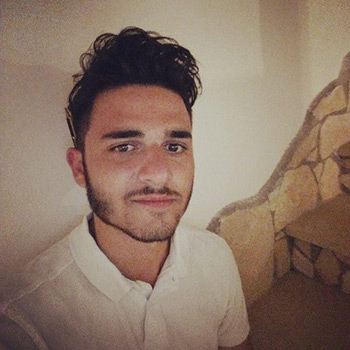 A student journalist from City has won an award in the London Voices 2017 competition for an article on disability discrimination and links to hate crime.

Valerio Esposito, who is on the BA Journalism degree course, was awarded a Highly Commended Certificate.

The competition is designed to promote emerging journalism talent across the capital and is sponsored by The Media Society and London Learning Consortium.

Valerio, who is also deputy editor at the St John Street News hyperlocal site run by City students, said his entry was inspired by his experiences growing up with a disabled uncle, and seeing how people in his condition were treated for being different.

His piece looked at the dangers of discrimination leading to legitimisation of certain behaviours, and from there to hate crime.

Media Society judges Patrick Barrow and Barney Jones said they loved Valerio’s “clear sense of journalism” and felt the story “hits all the who, where, what, why and when buttons of London”.

Valerio is aiming to work in print journalism or as a features writer and says his passion is in giving a voice to the voiceless.