City, University of London has signed an open letter calling on Government to maintain London's strength as the engine of the UK economy during Brexit negotiations.

The open letter to Brexit Secretary, David Davis MP, was published in The Telegraph and reported on by BBC News and the London Evening Standard among others.

Brexit negotiations are often presented as a trade-off between access to European markets, and restrictions to freedom of movement. For London, this is a false and damaging choice.

The capital accounts for around 50 per cent of UK service exports, and its success depends on European markets and workers – more than 12 per cent of London’s workers are from other EU countries.

Losing access to talent from across the EU would not only drain London’s businesses and its universities, but could also impair London’s character – as an open and welcoming city.

The letter was published to coincide with the launch of Centre for London's report on Brexit, 'Open City'. It emphasises London's need to remain open to trade and talent and makes the case for increased powers over skills and property taxes to make a success of Brexit. 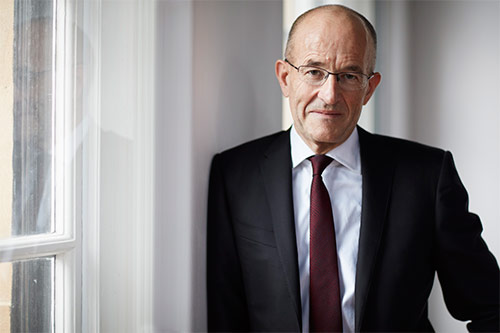 "City is proud of its international profile and reputation and its strong ties with Europe.

"Our international staff and students are valuable members of the University community and contribute to our rich, cosmopolitan and diverse culture.

"We believe EU citizens currently living and working in the UK should have the ‘right to remain’ and we will be working to achieve an early and positive outcome to this aspect of the post-Referendum negotiations".

Other signatories to the open letter include Sadiq Khan, Mayor of London, Colin Stanbridge, CEO, London Chamber of Commerce and several London MPs.

The full letter is available on the Centre for London website.