Dr Elaine Fahey, a Reader in Law in the City Law School argues that irrespective of the outcome of the UK negotiations being a hard or soft Brexit, the UK will inevitably become subject to what is referred to as ‘The Global Reach of EU Law’ and become a ‘rule-taker’.
First published Thursday, 20th July, 2017 • by City Press Office (General enquiries) 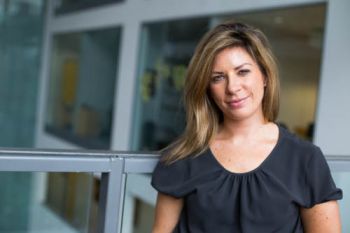 While Britain may be having a complex internal debate on its future with the EU through and by this Bill, it is worth thinking about the many countries, business and traders that take and receive EU law globally. I will argue that a significantly overlooked point surrounding the UK-EU Brexit negotiations is that, irrespective of the outcome of the negotiations being a hard or soft Brexit or any other formulation thereof, in reality the UK will inevitably become subject to what is referred to as ‘The Global Reach of EU Law’ and become a ‘rule-taker’.

A less sophisticated but succinct synopsis of my argument might be that: ‘you can run but you cannot hide from EU law’ and that the recent Bill is insufficiently flexible to this reality.

‘The Global Reach of EU Law’

The global reach of EU law nowadays denotes a variety of situations where the EU acts as a ‘rule-exporter’ to many countries, organisations and associations and gives its rules or compels others to take them, setting high standards or cohesive standards for a block of half a billion consumers, traders and enterprises and so on.

It is best encapsulated by the so-called ‘Brussels Effect’ made famous by Professor Anu Bradford of the Columbia University Law School, or ‘Market Power Europe’ by political scientist Chad Damro in Edinburgh. ‘The Global Reach of EU law’ is charted in literature over several decades and is distinctively developed often by US and Swiss-based authors as much as from EU-based scholars across a range of disciplines.

It is thus a diverse field of global thought. Moreover, from the internal market, EU refugee law, data protection, EU environmental law, EU banking and financial services and taxation law, fundamental rights, to EU competition law, it is a commonplace occurrence of EU law that it has global reach through novel forms of extra-territoriality. 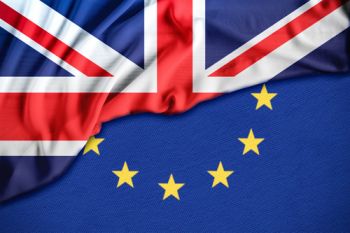 The UK has in the past led a litigation charge against extra-territoriality unsuccessfully (e.g. Bankers Bonuses), and soon it will bear the brunt of this developing agenda in more ways than one, possibly.

The reach of EU law is also not merely unidirectional, from a predominantly economic perspective, but also ‘cuts the other way,’ from an administrative and procedural perspective. It puts an increasing range of obligations on the EU.

For example, Article 11(3) Treaty on the European Union (TEU) provides that the Commission is obliged to consult in its rule-making with ‘the parties concerned’, largely understood to encompass stakeholders irrespective of their country of origin. This has generated a vast international lobbyist network in Brussels and complex new rules on brining in civil society. UK business and civil society is assured to be both affected and involved in the global reach of EU law, soft or hard Brexit.

On the other hand, Global reach may appear to imply rule exportation but the position is not so straightforward. In a study of four of the EU’s New Generation Preferential Trade Agreements (PTA) (Canada, Central America, Singapore and South Korea) by US political economy scholar, Alasdair Young, it has been shown how there is no evidence of the EU exporting its rules to its partners.

Agreement to reduce existing regulatory differences is rare and whether it does exist, regulatory coordination through convergence or the acceptance of equivalence occurs, often implying no real change. In cases of convergence, the partner appears to move towards the EU’s position, which poses some difficultly for the UK going forward, outside of the EFTA/ EEA models.

The UK becomes a Rule-Taker
The lexicon or vocabulary of ‘rule-makers’ and ‘rule-takers’ comprises a vast multidisciplinary literature depicting the development of global power and standard-setting. It is a literature which in contemporary times is mainly focussed upon Brazil, China, India and Mexico, working within the global legal order as a system of rules evolved from the so-called post-Washington Consensus as to markets and the regulatory state.

It is of course striking that the UK in its Brexit process, soft or hard, is widely understood to become now soon a ‘rule-taker’ and not a ‘rule-maker’. A ‘rule-taker’ is considered universally to be an adverse state of affairs where the power dynamic puts the rule-taker at a position of less influence, authority and significance than the ‘rule-maker’, a point only tacitly raised to date in most UK debates, unless or until it is able to develop an ‘Empire 2.0’ Commonwealth free trade area with haste.

Inflexibility about globalisation through and by EU law

Perhaps a legal and political paradox of Brexit arguably continues to be its logic to ‘take back control’ largely because the global reach of EU law will result in its evolution from rule-maker to ‘rule-taker.’

This has become most apparent in its Repeal Bill (now the European Union (Withdrawal) Bill), currently before Parliament. It may be argued that the so-called ‘repeal’ formula is illusory in order to ‘take back control’. 'Taking Back Control' over rule-making in a world of globalisation is fictional.

There are many deficiencies of becoming a passive ‘rule-taker’ from an active ‘rule-maker’, chief among them that the UK no longer gets to input into the rules which it will be subjected to, soft or hard Brexit. The global reach of EU law further entails that the retrospective time-freeze approach adopted in UK law will become a highly artificial exercise, with only political appeal and with little substantive legal rationale.

The internationalisation of EU law and Europeanisation of international law are evolving scientific trends for a variety of reasons, that the UK will find difficult to escape from. It will become too complex, too costly, too inconvenient to attempt to procedure autonomous UK standards and pointless where they do not suffice to satisfy what is required for a trading bloc of half a billion consumers or businesses within the EU.

It is argued, then, to be both factually and legally misleading to overlook the significance of the global reach of EU law in the UK’s efforts to evolve Global Britain.