When Donald Trump promised to return the bust of Winston Churchill to the Oval Office, upon moving into the White House, it was a sure sign of good things to come in US-UK relations. Now he has offered a quick trade deal to the UK.

This marks a significant departure from the more pan-European approach of his predecessor. Barack Obama’s closet ally across the Atlantic was Angela Merkel and before the Brexit vote said the UK would be at the back of the queue when it came to trade talks. But, however nice Trump’s promise might sound to Theresa May’s government, there are a number of obstacles that could make a trade deal in the near future a difficult prospect.

First, there is the little problem that the UK is still a member of the EU and will be for at least another two years, even if the separation process is initiated in March, as planned. So long as it is a member of the EU’s customs union, the UK is legally not allowed to negotiate any trade agreements.

Of course, two years will pass very quickly and that time could be used to unofficially iron out some of the details of the agreement. The broad points of a deal such as reducing barriers to cross-border trade in services and possibly even financial regulation could, for example, be agreed upon. But there are other issues that could be more contentious and stand in the way of a smooth deal.

Trump has spoken loudly about imposing tariff barriers and border taxes on cars made in Mexico and it is uncertain how he feels about cars made in Britain. The UK exports about 10% of its cars to the US and high tariffs on these would be a tough pill to swallow. 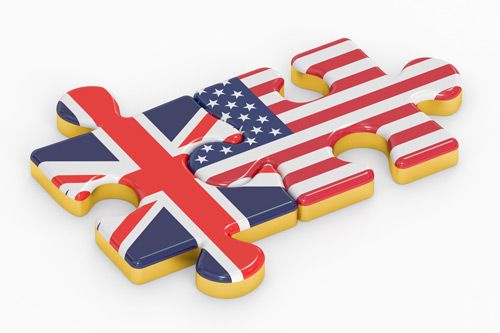 But given that the UK is the US’ seventh largest trading partner it seems that trade barriers like this are unlikely as the US has bigger priorities on its hands. For example, if the US imposes tariffs on China, as Trump has threatened, it is less likely to lower barriers to trade with countries like the UK.

More problematically though, from the UK’s perspective, it is unclear what British farmers would think about being exposed to competition from US agricultural giants, particularly when their sizeable EU subsidies are taken away. Remember that it was the Walloon farmers who held up the EU’s trade deal with Canada recently.

Modern trade agreements tend to include extensive material on the harmonisation of regulations. These are designed to ensure that red tape is not duplicated in a manner that makes it hard for products (and services) to cross borders. Fitting these things into trade agreements is one of the hardest tasks for negotiators.

Just as one of the main arguments in favour of Brexit was to escape the EU’s labyrinthine regulations, it is worth remembering that weaker regulations in the US were one of the reasons that the Transatlantic Trade and Investment Partnership (TTIP) between the US and the EU has been unpopular. In this sense one might expect more common ground between the US and the UK on regulatory matters, a sort of Anglo-American soft touch which is in the best interest of business rather than nanny-state bureaucracy.

But under Trump the US might take this further than the UK is willing to go. It is not difficult to imagine a British government shrinking back from genetically modified foods or hormone-fed beef, two US exports which rubbed Europeans the wrong way. The UK would almost certainly resist the inclusion of health services from the agreement, protecting the hallowed NHS from foreign competition. But this could be met with resistance from the US, likely in the form of pull backs on areas of interest to the UK like financial services.

Betraying his lack of genuine experience in either politics or government, Trump seems to think that he can approach international treaty-making as if it were a real estate deal – simply agree on a price and then let the lawyers take care of the details. But complex laws are at the heart of international trade deals. So while there may in principle be a willingness to set up a trade agreement the UK in the future, and this is unquestionably a positive development which we should not take lightly, the precise terms and timescale of such an undertaking are far from resolved.

A trade subsidy is a sum of money granted by the state or a public body to help an industry or business keep the price of a commodity or service low.