A new briefing paper from the Royal United Services Institute (RUSI) reveals a demoralised rank-and-file of the Taliban movement that has little confidence in its fragmented leadership.

The paper – co-authored by Professor Theo Farrell of City, University of London – identifies an historic opportunity to bypass the Taliban’s leaders to pursue “insurgent peace-making” by harnessing a large number of those disaffected within the Taliban.

The briefing paper reveals how: 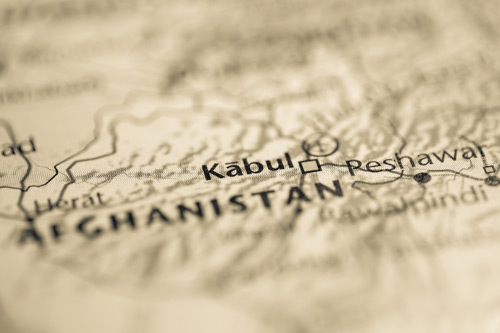 Written by Professor Farrell, a RUSI Associate Fellow and Dean of the School of Arts and Social Sciences at City, and Michael Semple, Visiting Professor at Queen’s University Belfast, the paper is based on in-depth discussions with well-connected Taliban figures representing different constituencies within the movement.

Entitled Ready for Peace? The Afghan Taliban After a Decade of War, the briefing paper calls for a “new approach, designed to out-manoeuvre the stonewalling of the Taliban leadership, can be termed 'insurgent peace-making’”.

The paper challenges the widespread assumption that “the Taliban military is happy with its battlefield progress and, therefore, that it should be happy to fight on... The boost to morale from 2016 battlefield successes was dampened by the high cost at which they were gained.”

It outlines how the leadership is in disarray, with several factions vying for power. It also reveals how morale within the movement is patchy as many feel that the war has lost direction and purpose, and is in fact “corrupting the movement”.

The paper states: “The collapse of leadership authority under Haibatullah as Ameer, the resurgence of factionalism, the powerlessness of the Taliban to obtain any concessions for Afghan refugees in the face of the Pakistani expulsion campaign, and the breakdown of relations between the Quetta-based leadership and the Mansour network, have all expanded the political space available to pro-peace insurgent Taliban.”

The paper reveals how many mid-level Taliban leaders and rank-and-file are ready to contemplate “an early end to the conflict”, and that there is “little optimism that the formal leadership and main power-brokers of the Taliban will endorse a peace process”.

The paper warns that continuing with “a strategy of engagement with the Taliban’s unitary official leadership may not be sufficient to achieve a deal”, but so far this strategy has failed.

Instead, the paper argues for a new approach that mobilises and directly engages with pro-peace Taliban. Such insurgent peace-making would be “a practical expression of Taliban protest at the incumbent leadership’s failure to develop a credible strategy for the movement”.

A strategy to exploit dissent in the Taliban “offers both threat and opportunity for peace-making”. Arguably, the main beneficiary so far from the break down in Taliban cohesiveness has been Islamic State of Iraq and Levan – Khorasan Province, which has primarily recruited Taliban dissidents. But the proposals presented in the RUSI briefing paper “would instead channel dissent within the Taliban movement towards an incremental peace settlement”.

The paper suggests that participation in “peace dialogue should be open to all Taliban with standing and influence in the movement who can obtain a mandate from their supporters, rather than from the leadership”.

It states: “For insurgent peace-makers to retain their legitimacy within their core Taliban constituency, while participating in the peace process, they will necessarily assert their loyalty to the spirit of the movement and avoid any appearance of capitulation to government. This will require careful accommodation among Afghan stakeholders.”