Children with a communication disorder have poorer sleep, says study 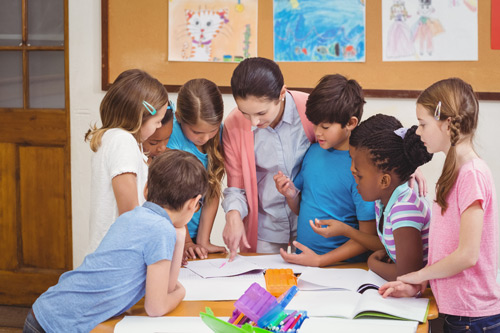 Children with a communication disorder such as autism have poorer sleep, compounding the existing language issues that result from such conditions, according to a new study from City, University of London.

The study, which is published in the International Journal of Developmental Disabilities, is one of the first to document sleep behaviours in children with language impairment, and to look at the relationship between language and sleep.

Professor Nikki Botting, author of the paper and a Professor of Developmental Disorders in the Division of Language and Communication Science at City, University of London, said:

We think that spending more time falling asleep and early waking could potentially interfere with the process of language consolidation especially in the context of an already compromised language system.

Language and communication are key aspects of cognitive function in everyday life and there is now evidence that sleep plays an important role in consolidating these aspects of development in typical children.

Notably, sleep has been found to boost learning of novel experimental words in childhood and even in babies as young as six months.

Sleep problems are common in children with autism spectrum disorder (ASD) but there is currently little research into sleep patterns of children with other communication difficulties, such as developmental language disorders.

Children with ASD and Developmental Language Disorders (DLDs) represent a substantial population of children, comprising in 1% and 7% of children respectively. As a result the number of children affected is significant and it is important that we understand as much as possible about associated difficulties.

To investigate the effects of communication disorders on sleep, the researchers used parental questionnaires to explore the relationship between sleep and language.

There were 65 child participants in total aged between 3-18 years. Parents reported on 28 children with a developmental communication disorder, including eight with ASD and 20 with DLD. There were also 37 questioned who were typical developing.

The researchers found that the children with a developmental communication disorder showed more sleep problems than their typical peers particularly in terms of getting to sleep and early waking.

Furthermore, significant correlations were found between sleep behaviour and language for children in both groups.

Our study provides evidence for a direct association between everyday sleep behaviours and language ability in a clinical population.

It does this in two ways, as not only did children with communication disorders show more sleep difficulties than their typically developing peers but sleep behaviours also predicted social-language difficulties in both groups.

The authors suggest that health professionals involved with families who have communication disorders might consider asking families about sleep patterns, and suggest interventions that involve sleep behaviour when advising on strategies that might help with communication difficulties.

Find out more about Speech and Language Therapy at City