Without access to justice, the law is a dead letter

The Supreme Court’s decision in R (on the application of UNISON) v Lord Chancellor is the most eagerly anticipated employment law case of the year. This might sound unimportant and underwhelming, but the aftershocks of this earthquake are far reaching politically, socially and legally. An individual’s ability to enforce and uphold the rights given to them by the law is the central issue in this searingly important case.

In 2013, the Department of Justice introduced fees to the Employment Tribunal, previously a free service. In a challenge brought by the trade union Unison, the Supreme Court has ruled the fees prevent access to justice, are unconstitutional and discriminatory on grounds of gender. £32m in fees paid are now set to be refunded, and future claimants will no longer have to pay the eye-watering fees.

The decision of the Supreme Court reiterates the importance of the rule of law; that society is governed by law, that without “unimpeded” access to justice (via courts/tribunals) “laws are liable to become a dead letter, the work done by Parliament may be rendered nugatory, and the democratic election… a meaningless charade”. In concluding, and powerfully rejecting the notion that the courts provide a service to “users”, valuable only to those users and not society as a whole, Lord Reed goes on to say: “That is why the courts do not merely provide a public service like any other”. Rights which cannot be enforced live in law books rather than real life.

The judgment is a rallying cry for us to treasure our legal system, built on “precedent”; the case-by-case building of legal principle; “every day in the courts… the names of people who brought cases in the past live on as shorthand for… legal rules and principles…”. Noting that the Government sought to rely on over 60 cases, Lord Reed exposes the grim irony of their own arguments; “The Lord Chancellor’s own use of these materials refutes the idea that taxpayers derive no benefit from the cases brought by other people”.

The Supreme Court recognises the skewed nature of the employment relationship, stating “Relationships between employers and employees are generally characterised by an imbalance of economic power”. It is this inequality of bargaining power which sets employment law apart; much like consumer law. 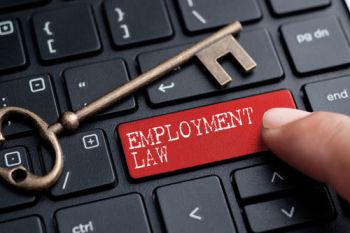 Whilst the existence of small businesses mean not every case is David v Goliath, and no doubt small firms are struggling in the current climate, but this cannot justify the imposition and the crippling level of the fees. Whether bringing a claim against a large or small company, employees as individuals have faced a steep hurdle in being required to pay both an issue fee and a hearing fee.

Lord Reed reminds us why employment rights exist at all; “When Parliament passes laws creating employment rights… it does so not merely to confer benefits on individual employees, but because it has decided that it is in the public interest that these rights should be given effect.”

The system, which must surely be dismantled immediately, had set fees levels based on the subject matter of the claim; more complex claims require more time spent by the tribunal, hence a higher fee. Employees faced paying a total of £1,200 for claims such as unfair dismissal or unlawful discrimination. The Supreme Court note that this “has the effect of penalising claimants according to the complexity of their claims”, contrasting the position with court fees in the County Court where “There is also no penalty for bringing a complex claim rather than a simple one”.

Consider being in this situation: you have not been paid your wages, you are struggling to pay your bills. You’d have to pay £160 to make a claim and £230 to have a hearing, just to get back what was due to you. Even more counter intuitively, imagine having to pay £250 to bring a claim and £950 for a hearing because your employer took action against you for enforcing your rights to £7.50 an hour (the minimum wage).

With “no explanation” for what therefore must be an arbitrary disposable capital limit and a particularly harsh “gross monthly income limit”, the Supreme Court note that a couple on the minimum wage, working 40 hours a week would not receive any remission for a “simple” (Type A) claim, and only partial remission for a “complex” (Type B) claim.

The number of people gaining remission of fees was “far lower than anticipated”, exacerbating the harsh effect of the imposition of fees. Is it any wonder that the fees resulted in “a long term reduction in claims accepted by ETs of the order of 66-70%”? The Supreme Court formed the clear view: “The fall in the number of claims has… been so sharp, so substantial, and so sustained as to warrant the conclusion that a significant number of people who would otherwise have brought claims have found the fees to be unaffordable.”

The Lord Chancellor sought to argue that the Joseph Rowntree Foundation's minimum income standards should not apply when considering the impact of fees on individuals. Which means that effectively, the Government were arguing an employee should forgo buying clothes, personal items, going out or having a beer or glass of wine for perhaps a number of months to bring a claim. The Supreme Court noted, “the question arises whether the sacrifice of ordinary and reasonable expenditure can properly be the price of access to one’s rights”. Most people would say it should not be.

The unaffordability of the fees was not the only concern; where fees “render it futile or irrational to bring a claim”, they will have the effect of preventing access to justice. The unpredictability and poor prospects of employees or workers recovering fees paid were another factor contributing to the unlawful nature of the fees. Even the much argued point that fees would deter “unmeritorious” claims fell away, unsupported by either statistics or logic.

As a matter of principle, individuals should be able to make what might not necessarily be a successful claim: “the right of access to justice… is not restricted to the ability to bring claims which are successful. Many people, even if their claims ultimately fail, nevertheless have arguable claims which they have a right to present for adjudication”.

Recognising that claims are generally not brought lightly, Lord Reed reminds us “it is necessary to bear in mind that the use which people make of ETs is governed more by circumstances than by choice. Every individual who is in employment may require to have resort to an ET, usually unexpectedly…” 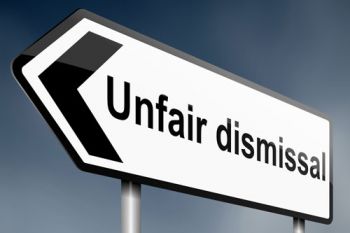 The arguments raised by the Lord Chancellor on transferring the cost burden of the tribunal system to users from the taxpayer were given short shrift; “it is elementary economics, and plain common sense, that the revenue derived from the supply of services is not maximised by maximising the price.”

On issues of proportionality, the stage at which the fees are paid, and the fact non payment prevents a case from being tried were considered, the conclusion being “the fees… are in practice unaffordable by some people, and that they are so high as in practice to prevent even people who can afford them from pursing claims for small amounts and non-monetary claims”, making them disproportionate and contrary to EU law.

Lady Hale delivered another sucker punch; given 54% of Type B (complex) claims (on UNISON’s figures; the Lord Chancellor submitted 45%) and only 37% of Type A (simple) claims are brought by women, the higher fees for complex claims put women at a particular disadvantage to men, and with the problems of set out above, could not be objectively justified. Put simply, the fees fall foul of indirect sex discrimination.

So, what for the future? The fees regime must be dismantled as it is unlawful ab initio; it must be quashed. Will the tribunals become inundated by chancers hoping to obtain large payouts? It is highly unlikely. Wins in tribunal cases are noted by the Supreme Court to be “modest” financially, and that many claims do not involve obtaining money at all. Making a claim for something as basic as a written statement of your particulars of employment (your basic statutory and contractual rights) is “vital to the enforcement of other employment rights” such as pay, holidays, working time.

What we will see is free access to the employment tribunal, tempered by ACAS early conciliation. Claimant employees will still have to explore settlement and discussion before bringing a claim, and employers who follow the rules will have nothing to fear.

The Advisory, Conciliation and Arbitration Service (Acas) is a Crown non-departmental public body of the Government of the United Kingdom. Its purpose is to improve organisations and working life through the promotion and facilitation of strong industrial relations practice.