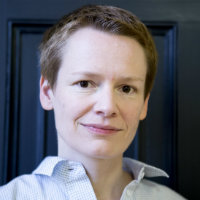 Two members of the Department of Music at City have been named winners at the 2016 British Composer Awards.

Dr Molitor was recognised for her work Sonorama, a smartphone app that sonically accompanies train passengers to listen to on their journey between St Pancras International station in London and Margate station in Kent. 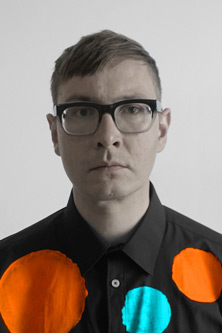 to different points and histories of the line. The Turner Contemporary art gallery in Margate also displayed The Sketch of the Score for Sonorama, Dr Molitor’s graphical transcription of the train journey.

Leo Chadburn’s winning piece, Freezywater, was commissioned by Wigmore Hall and premiered by the ensemble Apartment House. Influenced by the concepts of psychogeography and ‘deep topography’, the words in the 15-minute composition are the names of 50 topographical features such as hills, rivers, roads and woods that are found in a huge circle around outer London.

After being shortlisted, Dr Molitor said: “It’s very exciting that Sonorama has been shortlisted alongside the work of two fantastic artists, Magz Hall and Hanna Tuulikki. Indeed, the whole list of nominees for these awards is impressive, I feel honoured to be included.”

Leo said: “This year’s shortlist features an incredibly diverse range of musicians, including many composers who I would cite as inspirations, personal creative mentors and great artists. I’m very proud my name has been chosen to be in amongst them.”

The winners of the British Composer Awards were announced at a ceremony on Tuesday 6th December at the British Film Institute in London, with their work broadcast on the BBC Radio 3 programme Hear and Now on the following Saturday.

Created by the British Academy of Songwriters, Composers and Authors (BASCA) in 2003, the awards promote the art of composition, recognise the creative talent of composers and sound artists, and bring their music to a wider audience.