Foreign reporting in the age of globalisation 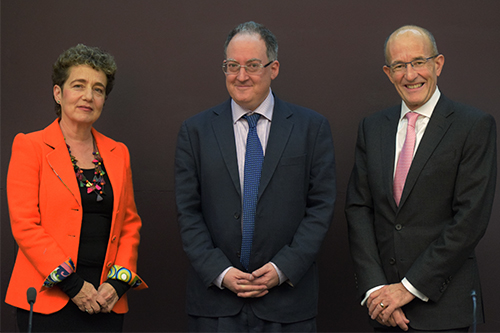 The rise of state-funded journalism and the growing influence of social media are among the biggest threats to foreign news reporting by western media, according to Gideon Rachman of the Financial Times.

He also praised the work of the revered British journalist James Cameron, whose legacy is remembered with an annual lecture and award.

“The best journalism of the kind practised by James Cameron will always find an audience,” said Rachman as he closed the lecture.

The journalist explained that western media narratives were “increasingly under challenge” from media funded by countries such as Russia and China, which use “deliberate and well-funded efforts to distort the truth”.

“The aim is frequently not to block western media influence, but simply to confuse the narrative and provide a counter narrative,” he said. “What worries me is the growing evidence of Russian attempts to deliberately plant false or manufactured stories in the western media.”

Rachman added that Russian media were more sophisticated than in the Cold War, while Chinese media were now catching up. The rise of social media had also helped state-funded outlets to spread their messages around the world.

“The whole question of authorship and origins is in fact increasingly hard to pin down in the age of social media,” he said.

Rachman explained the growth of the internet had enabled media to identify audiences and their interests, but this had exposed the fact that foreign news was unpopular. 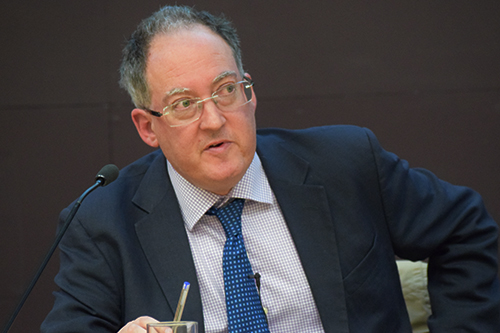 He said: “The ability to count clicks on stories has demonstrated to publishers that foreign stories are just not read very much, so why spend money supporting the most expensive part of the operation when you know a cat video or a story about Kim Kardashian will attract far more attention?”

The columnist added it took confidence for journalists and media to publish stories that they believe are important but know will not be widely read, stressing that recognising the outside world was essential for democratic countries.

“Syria, I think, is the most important international story of the moment but readers find it depressing, they find it confusing and it’s a long way away,” he said.

Rachman claimed the third threat to foreign reporting is the way that traditional western media are financed, with the decline of print and influence of the internet forcing companies to cut back their overseas operations. However, he said this meant there were more opportunities for freelancers, who also no longer need a film crew to do their work.

He said: “The combination of new technology and the financial problems of old media do provide an opening for today’s freelance foreign correspondents.”

The James Cameron Memorial Award was given to BBC International Correspondent Ian Pannell, who said being selected was a "huge honour". The Special Award went to David Walsh of The Sunday Times.