‘The rejection of full-blown austerity is alive and kicking’ 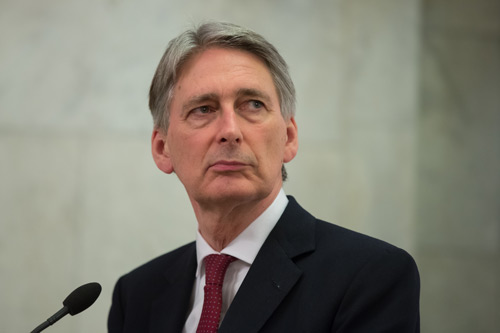 For those Labour voters still flirting with the idea of voting Tory in the next election, the romance is almost, but not quite over. Theresa May's promise of worker-directors, still successful in Germany (and indeed advocated by the Gaullists in the 1960s to counter the forward march of the French Communist Party), has not been repeated, but the rejection of Cameron-Osborne full-blown austerity is alive and kicking. Whether the financial markets will accept debt/income ratios approaching 100 per cent without demanding a risk premium is a moot point, but it demonstrates either optimism on the part of the government – which is more likely – or else desperation.

On the positive side of this year’s Autumn Statement, there is the promise of £23 billion of infrastructure investment in total over the next five years. Some of that will go into affordable housing, and some had already been earmarked before the Autumn Statement. Has the government got any idea where the other half will go? Almost certainly not, otherwise Philip Hammond would have announced it. Making sure that subsidising the provision of fast broadband throughout the country does not lead to increased dividends for BT shareholders is something he will need to bear in mind.

The poorest are still suffering eight years on from the start of the financial crisis.

The other really good piece of news was the eradication of fees for prospective tenants by letting agencies. Apart from impeding competition because of the requirement of payment the moment a tenant viewed a property, the randomness of charges across the agencies was indicative of excess profit-taking. The argument that agents will pass this lost income into extra fees for landlords is of course nonsense; Shelter has found no effect on rents in Scotland after tenants' fees were abolished there. No landlord will accept a finder's fee by agencies of more than the one month's rent as charged now, and if management fees go above their current 5 per cent, landlords will manage properties by themselves. The only likely effect is that agencies will cut their costs, or at worst, will go bust, reducing demand for office space, and resulting in lower commercial rents.

On the more negative side, although the taper for those receiving Universal Credit has improved a little, many households will still be £2,000 per year worse off than before the Tories began tinkering with Gordon Brown's tax credit system. The incentives that the latter provided for leaving unemployment, by ensuring that marginal tax rates were no longer at 90 per cent for the poorest, have largely been eroded. So-called self-employed workers in the 'gig economy' have seen little improvement in their conditions apart from a small increase in the living wage. This leaves them with very poor pension provision, and will see them working till their 80s unless they are able to switch employment.

Overall, it could have been worse under George Osborne, but the poorest are still suffering eight years on from the start of the financial crisis. And, if the Office of Budget Responsibility is to be believed, we will all soon be suffering from the Brexit effect.