Investiture led by Prince William, the Duke of Cambridge 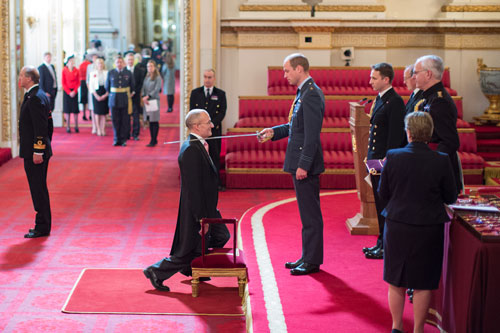 The Vice-Chancellor of City University London, Professor Sir Paul Curran, received his Knighthood from Prince William, the Duke of Cambridge at an investiture ceremony at Buckingham Palace last Friday.

Sir Paul was recognised in the New Year Honours for his wide-ranging achievements in higher education.

Speaking after the ceremony, he said:

The Knighthood is a great honour, not only for me but for all of City’s staff, students, alumni, partners and friends. Today’s investiture proved to be an amazing and a profoundly humbling experience. I am immensely grateful for the life-changing effect that higher education had on me, for the encouragement of my many colleagues and for the support of my wife and daughter, who have been with me every step of the way.

Professor Sir Paul Curran is widely-recognised as a transformational university leader who has used his commitment to academic excellence to improve the quality of higher education at three universities. Sir Paul is an academic geographer, a pioneer in satellite Earth observation, a NASA research scientist and an advisor to the European Space Agency. 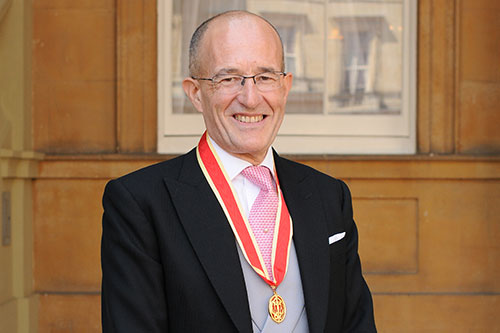 Sir Paul served for many years as a member of the Natural Environment Research Council and chaired its Audit & Risk Assurance Committee. He is a former Chair of the Workforce Report for the Higher Education Funding Council for England and a member of the Quality Assurance Agency Board. He is currently President of the Remote Sensing & Photogrammetry Society and Chair of the national Pay Review Body for Doctors & Dentists, the Universities & Colleges Employers’ Association and The Conversation UK.

Around 25 investiture ceremonies are held every year, in the ballroom at Buckingham Palace, at Windsor Castle or at the Palace of Holyroodhouse in Edinburgh. The ceremonies are presided over by Her Majesty the Queen, the Prince of Wales or the Princess Royal.

The Queen has personally conducted more than 600 investiture ceremonies since her first on 27th February 1952. The sword used by her father, King George VI, when he was the Duke of York and colonel of the Scots Guards, is used to dub those receiving knighthoods.

Sir Paul’s wife, Lady Curran and his daughter Hayley were members of the investiture audience.