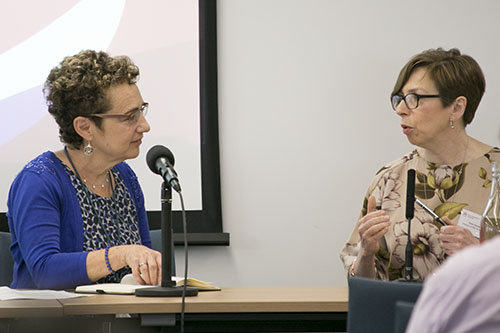 Senior editors at the UK’s biggest broadcasters have joined politicians in praising City research into gender imbalance on the country’s top news programmes.

Leading figures from the BBC, Sky, Channel 4, ITV and Channel 5 visited the University to discuss the issue at the Women on Air conference, which highlighted the lack of women on television and the radio.

The event saw the release of new data from Professor Lis Howell’s ongoing study of the proportion of women experts, reporters and presenters in news programmes.

Fran Unsworth, Director of BBC World Service Group and Deputy Director of News and Current Affairs at the broadcaster, told the conference that the BBC would be introducing a range of new measures to address the 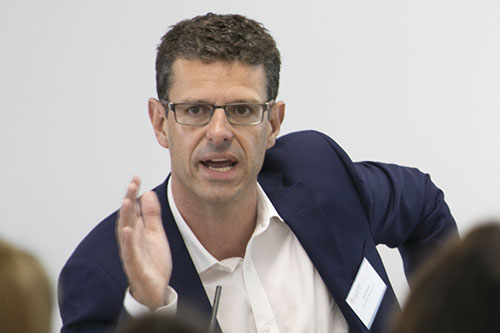 It followed the publication of the Government’s White Paper on the future of the BBC, which stated that a commitment to diversity would be enshrined in the new BBC Royal Charter.

Fran Unsworth said: “I want to thank Professor Lis Howell for the incredibly valuable research – the Women on Air monitoring survey that highlights some important issues here for all of broadcast media and the BBC in particular.

“I am delighted that there is progress, and improvement in BBC News, across programmes both as regards presenters, reporters and experts on air, but there is obviously a lot we can do, should do and will be doing.” 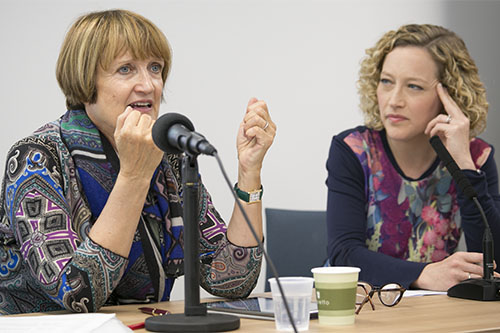 Professor Howell began her research at City in 2013 after carrying out preliminary monitoring since 2010.

The new findings show that there are around three times as many men interviewed as experts than women on flagship UK news programmes, and male reporters and presenters make double the number of appearances than women.

Ceri Thomas, Editor of Panorama on BBC One and former Editor of Today on BBC Radio 4, said Professor Howell’s research was “certainly having a significant effect”.

Paul Royall, editor of BBC News at Ten, was among the other speakers to praise Professor Howell’s research and was a 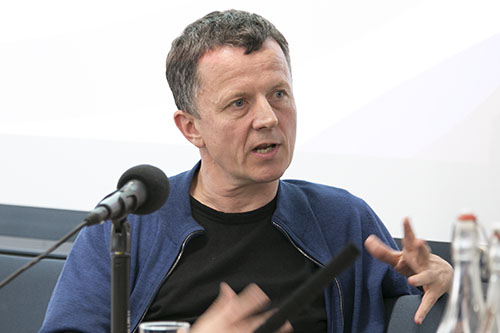 Ed Vaizey, Minister of State for Culture and the Digital Economy, called the lack of diversity on news programmes “shocking”, while Dame Tessa Jowell said she was “outraged”.

During an interview at the conference with Channel 4 News presenter Cathy Newman, she said: “Past performance is abysmal. We can all feel a bit of encouragement about a tiny creeping of improvement in the figures that Lis, who has been such a warrior on this, has published. But we shouldn’t accept that.”

Mr Vaizey said he had 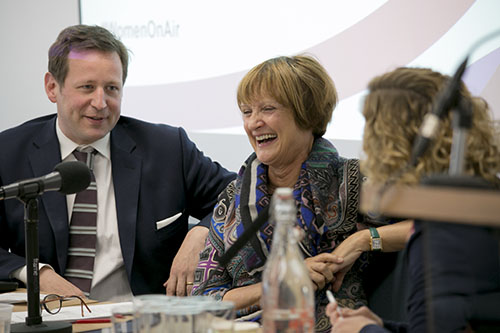 been working with broadcasters on a new project called Diamond, which was outlined at the conference by Amanda Ariss OBE, Executive Director of the Creative Diversity Network.

The minister explained the scheme would run “alongside” Professor Howell’s research and monitor on and off-screen diversity in the media industry.

Also announced at Women on Air was the launch of the second round of a BBC Academy training programme for women experts, which first ran in 2013 and will continue later this year. 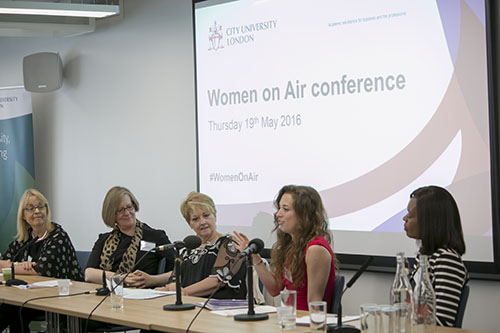 In a keynote speech, Anne Morrison, Chair of BAFTA, suggested there had “never been so much talk about diversity”, but she called for the media to take further measures to address the issue.

Four City alumni returned to provide updates on their careers after appearing at the 2014 Women on Air conference as entry-level journalists.

Appearing on a panel with Penny Marshall, Social Affairs Editor at ITV News, the graduates were Minnie Stephenson of 5 News, Fatima Manji of Channel 4 News, Cordelia Lynch of Sky News in Washington and Kathryn Stanczyszyn, 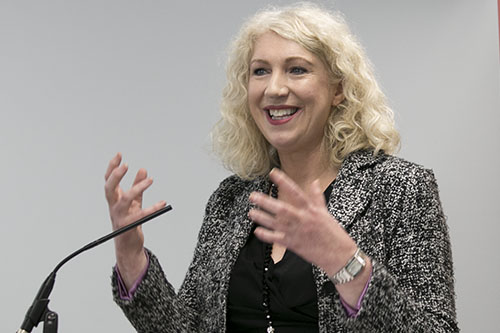 BBC Radio 5 live. A Journalism.co.uk podcast from the discussion is available here.

Overall, the successful young journalists all gave positive accounts of their experiences in the media and were optimistic about the prospects for women in the news industry.

Also during the day was a presentation by Professor Karen Ross, of Northumbria University, and Dr Cynthia Carter of Cardiff University, who discussed the results of the Global Media Monitoring Project 2015 – the largest international study of gender in the news media.

The research, which monitored more than 22,000 stories, found that recent progress in gender parity around the world has “almost ground to a halt” over the past five years, with women making up just 24 per cent of persons in TV, radio and 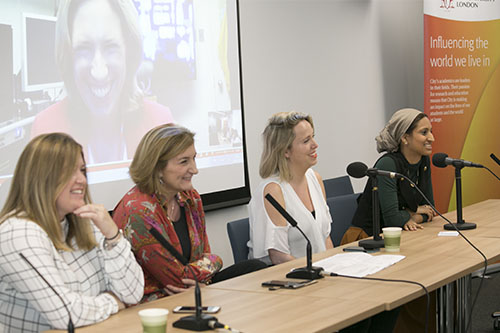 Professor Howell, Director of Broadcasting at City, closed the event on a positive note, explaining she was hopeful that the media would improve its record of reflecting the diversity of its audiences.

"I do sense that the mood in the room is that things are going to change,” she said.