Dr Matt Barnes carried out data analysis for the research 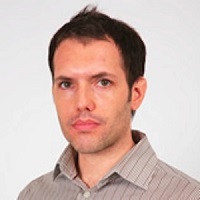 Pensioners aged 75 or over are thousands of pounds a year worse off than both younger “baby boomer” pensioners and working-age adults.

That’s according to a new report from the charity Independent Age, which worked with Dr Matt Barnes – of the Department of Sociology at City – to examine the financial circumstances of older people in the UK.

The report found that those aged 75 or over are more likely to live in persistent poverty than younger pensioners.

Dr Barnes, who carried out the data analysis, said: “It’s all too easy to take the narrative about wealthy Baby Boomers and apply it to all pensioners. But this report shows that just doesn’t hold true.

“There are huge variations in incomes of pensioners, with hundreds of thousands of older pensioners living below the poverty line."

The report examines the financial circumstances of a cohort of older people who lived through the Second Word War, sometimes called the “silent generation”. It uses UK Government household income data to look at disparities between different groups of pensioners.

Its findings are based on analysis of the Family Resource Survey: financial year 2013/2014 (published June 2015 by Department for Work & Pensions and National Statistics). The survey includes private households, but not those living in non-residential settings such as care or nursing homes.

Janet Morrison, Chief Executive of Independent Age, said the finding showed it was “misleading” to treat all 11.8 million pensioners in the UK country as one group.

“The Silent Generation of older pensioners, renters and single women have missed out on many of the gains of recent years,” she said. “There is a real risk that this generation will be forgotten and left to suffer in silence.”

The report reveals that nearly three quarters of a million people aged 75 and over – who will not benefit from the new State Pension which came into effect in April 2016 – have no income apart from the existing state pension and other pensioner benefits.