Research based on data from European Social Survey, headquartered at City

A new report measuring the perceived quality of society and wellbeing in the UK and across Europe over time has found that marginalised groups have a more negative view of society.

The findings were outlined by the Centre for Comparative Social Surveys, City University London, in a report - Looking through the wellbeing kaleidoscope: Results from the European Social Survey.

To determine the perceived quality of society (PQOS), nine topics were measured in 19 countries using data from the European Social Survey (ESS), which is headquartered at City.

This included measuring satisfaction with the economy, democracy, government, healthcare, education as well as trust in the police, politicians, legal system and parliament.

On average, young people, men and people educated to degree level are more satisfied with society than those aged 25-64, women and those with lower levels of education.

Satisfaction in democracy was found to be much higher than satisfaction with the economy and the government in the UK, with a similar pattern elsewhere in Europe.

Nearly all countries measured saw a considerable dip in economic satisfaction at the height of the 2008 recession, although this was particularly pronounced in the UK.

There were also marked regional inequalities within the UK, with London and the South East having high levels of economic and governmental satisfaction compared to other regions, particularly the Midlands.

Dr Eric Harrison, Deputy Director of ESS ERIC, who co-authored a chapter of the report, said: 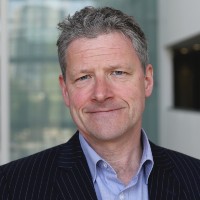 "It is not surprising that being a member of a discriminated group tends to lead to more negative perceptions of society. We think this may be because these hard to reach groups tend to be less involved in designing Government policy.

"Policymakers should therefore make more of an effort to involve these groups - particularly women, those aged 25-64, ethnic minorities and those with lower levels of education - in the process of setting policy. Governments should also look to reduce inequalities to raise the general perception of factors that contribute towards wellbeing, in the UK and Europe.

"Our PQOS index is based on data available in the European Social Survey. We would recommend the establishment of a programme similar to the ONS's 'What Matters' exercise that preceded the Measuring National Wellbeing programme. This would help discover - through public consultation - what is important for a good society."

The publication of the report concludes a one-year project -Making Wellbeing Count for Policy- led by City University London. The project was funded by a grant from the UKEconomic and Social Research Council (ESRC), as part of itsSecondary Data Analysis Initiative.

The report also features findings from the University of Cambridge and the New Economics Foundation (NEF) and offers some advice for policymakers. In the report, theUniversity of Cambridge's Well-being Institute (WBI)detailed how the UK is 8th of 21 countries when it comes to measuring optimism.

TheNew Economics Foundation (NEF)explored inequalities in wellbeing, and found that differences found between demographic groups and some countries are not inevitable.

For example, whilst people with higher levels of education tend to have higher wellbeing, this was not the case in Norway, Finland or Cyprus. They found unemployment rates to be a strong predictor of wellbeing inequality in a country.