Hillsborough: The Inquest as a Source of Justice

The City Law School’s Dr Sam McIntosh says that while the verdict in the Hillsborough Inquest was a watershed moment, it does not necessarily signal the end of the struggle for justice for the disaster or for the alleged cover-up that followed.
First published Tuesday, 24th May, 2016 • by John Stevenson (Senior Communications Officer)

On 26 April 2016, after the longest jury case in British history, the Hillsborough inquest returned a verdict that included a finding of ‘unlawful killing’ for the deaths of 96 Liverpool supporters on 15 April 1989. It was an emotional and defining moment for the survivors and families of the victims, in a now 27-year struggle for justice.

Part of that struggle for justice - perhaps, for some, the main part - was for the truth about what happened that day to be officially and publicly recognised.  The verdict was significant not just because this was the worst disaster in British sporting history, but because it finally lay to rest the lies spread by police, politicians and sections of the media, which had denigrated the victims and plagued their families.

The risks of injustice in media-prioritised and untested state narratives

Many are familiar with the Sun’s notorious article about the disaster, headlined “The Truth”.  It alleged that drunken fans were responsible for causing the fatal crush, that they attacked rescue workers, picked the pockets of victims and urinated on police and the dead. The sources for the story were named and anonymous police officers and a senior Conservative MP.

As well as the media offensive against Liverpool fans to deflect criticism of state actors, 164 statements, taken in the aftermath of the disaster, were changed to alter, delete or qualify comments made by officers at the scene, which were “unfavourable” to South Yorkshire police.

It would be wrong to think that media complicity in state attempts to manipulate potentially damaging public narratives was unique to the Hillsborough disaster. One brief example can be seen in the News of the World coverage of the shooting of Jean Charles de Menezes.  In an article relying on police and security sources titled “Why did he run?” the paper effectively blamed the young Brazilian for bringing about his own death by falsely accusing him of acting suspiciously, wearing suspicious clothing, jumping a ticket barrier and running when challenged by police.  This was all shown to be untrue at the inquest. 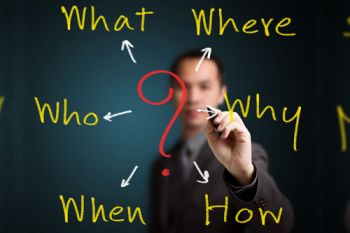 These narratives can also portray the victims of police violence (or, in the case of Hillsborough, “gross negligence”), and any associated community, with negative language that can draw from racial and cultural stereotypes (Pemberton, 2008). For example, The Spectator (16 October 2004) and Edward Pearce in the The Sunday Times (23 April 1989) have accused Liverpool of a history of wallowing in victimhood and self-pity, and thus being incapable of reflecting upon the culpability of its own citizens over Hillsborough.

Inquests as a source of justice

Inquests are, for many, an unfamiliar and anomalous procedure when considered next to our criminal and civil justice systems.  They are inquisitorial investigations into unnatural or violent deaths, deaths in custody, or deaths where the cause is unknown. Where there may have been police involvement in the death, they are invariably held with a jury.  They investigate who the deceased was, and when, where and how they died, but are precluded from appearing to determine criminal liability on the part of a named person, or civil liability.  When most people think about justice for a wrongfully caused death, therefore, they usually think of our criminal and civil courts rather than our coroners’ courts.

Inquests have changed a great deal since the 1990s.  In particular, the scope of modern inquests into deaths at the hands of the state has become broader since the Human Rights Act 1998. Pre-inquest disclosure to families of the deceased is also now the norm, as are more detailed verdicts which include findings on all of the core issues — The Hillsborough inquest verdict, for example, included the jury’s’ answers to 14 questions. But they are far from perfect procedures.  They are often beset by unacceptable delays. And while the recent advent of a Chief Coroner is helping to make standards more uniform, their effectiveness can still depend on the approach of individual coroners.  Their effectiveness can also depend on next of kin having the social capital and emotional stamina to put official narratives to the test in what is, in any circumstances, an emotionally draining process.

Justice as a multi-layered and subjective concept

But inquests can be a real source of justice.  After the Hillsborough verdict, Becky Shah, who lost her mother in the disaster, was asked on Channel 4 News by reporter John Snow, ‘Is there some joy at least that justice has dawned?’

‘There is some comfort. And there is relief now that no-one can really argue that we have[n’t] been
vindicated. That the supporters, the survivors, the 96, are all completely vindicated. And that is
a tremendous feeling. I never thought it would come.’ 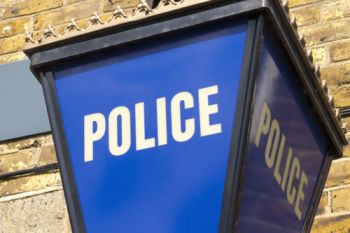 But as well as the fact that justice can be found in an inquest’s outcome, there is also justice in the actual procedure. The ability of families of the deceased and juries to question witnesses ensures a genuinely democratic process where members of the public, acting in both an individual and representative capacity, are treated as partners in the search for the truth and the scrutiny of executive power and behaviour.

Determined to fight for prosecutions

Justice is a multi-layered and subjective concept. The justice that may come with an effective inquest should not be considered in isolation.  While the Hillsborough verdict may have provided a measure of justice for families and survivors, it may not be enough for many.  Becky Shah, for example (quoted above) said that she was determined to continue to fight for prosecutions. Justice may also be associated with transformative action, where this provides evidence of a genuine introspective coming-to-terms with previous institutional or attitudinal failures.

So, the Hillsborough Inquest verdict was a watershed moment, which should not be understated.  But it does not necessarily mark the end of the struggle for justice, be it justice for the disaster itself or for the alleged cover-up that followed.

An inquest is a judicial inquiry in common law jurisdictions, particularly one held to determine the cause of a person's death.Conducted by a judge, jury, or government official, an inquest may or may not require an autopsy carried out by a coroner or medical examiner. Generally, inquests are only conducted when deaths are sudden or unexplained. An inquest may be called at the behest of a coroner, judge, prosecutor, or, in some jurisdictions, upon a formal request from the public. A coroner's jury may be convened to assist in this type of proceeding. Inquest can also mean such a jury and the result of such an investigation. In general usage, inquest is also used to mean any investigation or inquiry.