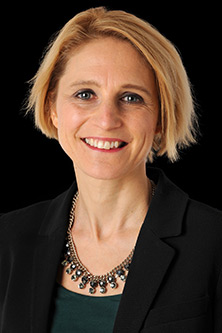 A food policy expert from City University London has spoken during the annual meeting of the World Health Organization alongside the chef and food campaigner Jamie Oliver.

Professor Corinna Hawkes, Director of the Centre for Food Policy, was moderating a major side event at the World Health Assembly on the actions that countries are taking to tackle childhood obesity and undernutrition.

Speaking on the first day of the six-day conference in Geneva, Switzerland, she was joined on the podium by 11 health ministers and officials from around the world, the Director-General of the World Health Organization and hundreds of delegates in the audience.

After the day of talks, Professor Hawkes joined Oliver for a live video blog about the key issues raised, which was streamed on the chef’s Facebook page.

The World Health Assembly is the decision-making body of World Health Organization (WHO) and meets annually in Geneva. The event is attended by delegations from all 194 WHO member states and determines the policies of the organization.

Professor Hawkes, who is also the Co-chair of the Global Nutrition Report, said: “The idea of the event was to encourage governments around the world to make stronger commitments to delivering policies that address undernutrition and obesity.

“The message to these governments is clear – there is a community out there who will be holding them accountable for doing what they say they’ll do.

“I’m very pleased that the UK government was represented and I will be watching with interest to see how it meets its commitments.”

Speaking with Jamie Oliver in his video blog, Professor Hawkes explained the day saw organisations working on different health problems come together and praised the chef for his support.

“It was unusual because the different communities who work under nutrition and hunger came together with the obesity community and that makes a louder voice,” she said. “So good on Jamie for bringing those problems together, because that means a bigger community and it means a more powerful and louder voice. And that’s where we’re going to get change.”

The food policy expert recently wrote a blog for the website Jamie’s Food Revolution, which can be read here.