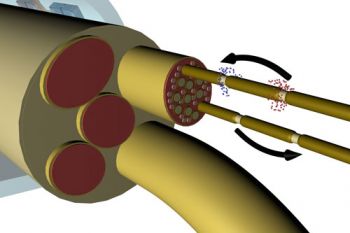 Valued at £100,307, the EPSRC First Grant will allow Dr Triantis (principal investigator) to improve the electrical stimulation of peripheral nerves as a therapeutic method by making its effects unidirectional, i.e. by allowing the therapeutic effect to focused and directed solely towards either the brain or solely towards specific organs but not towards both of them at the same time, as is the case currently with this method.

Propagation in the opposite direction

The use of electrical neuro-stimulation implants is not yet widespread, mainly because in their present form they are not sufficiently selective, in particular, in the direction of the induced neural signal. A good example is Vagus Nerve Stimulation (VNS), which is used relatively extensively for treating treatment-resistant epilepsy and has recently been the focus of research for the possible treatment of Alzheimer’s Disease and depression. VNS aims to stimulate nerve signals which should propagate towards the Vagus roots in the brain in order to affect regions involved in seizures. However, the induced nerve signals always propagate in the opposite direction as well, affecting critical organs like the larynx, the lungs and the heart and often cause unwanted voice hoarseness and pain. 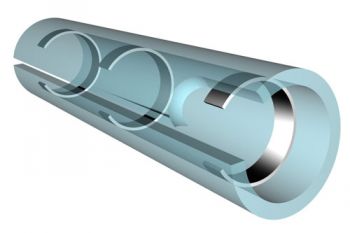 Dr Triantis hopes that through his research, “the future application of the proposed methodology in VNS and other implantable stimulators will ultimately endow them with much more targeted therapeutic capabilities with minimal side-effects and render them suitable for mainstream healthcare practice.”

His research project will be focused on the combined use of electrical and optical stimulation with one modality being used to activate and the other to inhibit or ‘block’ neural activity. Their combination will provide a focused, targeted, therapeutic effect.

A small part of the project will be experimental and a significant part will be simulation-based in order to better explore the interaction of light with neural tissue. The outcome of this project will be used as a pilot for extensive research in miniaturised implantable devices featuring application-specific integrated circuits (ASICs) that will employ this multimodal stimulation, paving the way for wider use in neuroprosthetics in mainstream clinical practice.