City student Holly Domney has been recognised by the Orwell Society for her ‘striking’ fiction writing.
First published Wednesday, 2nd March, 2016 • by

Holly Domney, a student on City’s Masters in Creative 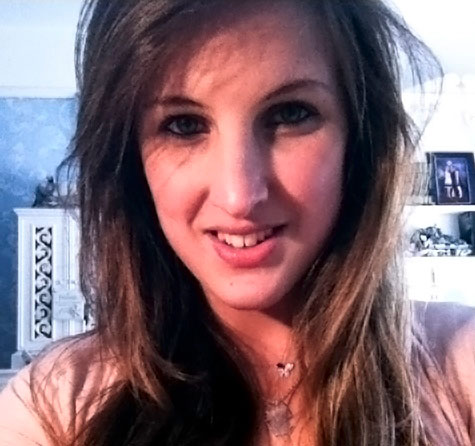 Writing and Publishing has been crowned the winner of the Orwell Society Dystopian Short Story Competition 2016. Holly’s story titled Etanidrobus was described by the judges as “striking and emotionally intense”.

The annual competition is judged by a panel of academics, writers and esteemed members of the Orwell Society. This year’s panel included Richard Blair, son of George Orwell; Dr Luke Seaber of University College London and Professor Lance Keeble of the University of Lincoln.

Holly’s winning short story explores the concept of a world run entirely by women. The initially idyllic world, succumbs to a grim reality, with dramatic scenes the judges compared to Orwell’s powerful descriptions of torture in Nineteen Eighty Four.

Holly said: “Winning the prize was really overwhelming. As an ardent Orwell fan myself it was particularly flattering and meant a lot to win the Orwell Society competition.”

The idea behind my story all started in a cafe, when I was chatting with my friends and one asked what the world would be like if it was run by just women. Etanidrobus was my rather terrifying answer.

The Masters in Creative Writing and Publishing course at City helps both experienced and aspiring writers to gain knowledge about how to produce creative content and engage with the publishing industry. It can be taken as a year full-time or two years part-time.

The Orwell Society is dedicated to the understanding of the life and world of George Orwell.
Holly will be presented with her £500 prize at the Society’s AGM on Saturday 23rd April.