Why is the black box not stored in the cloud? 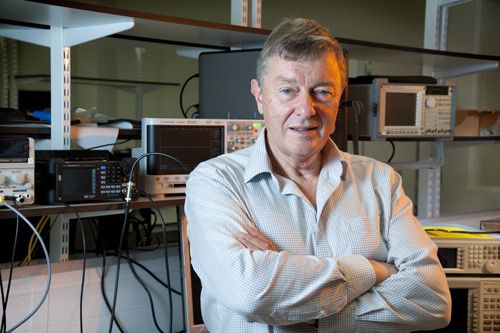 Professor David Stupples, City's Professor of Electronic and Radio Systems, says the time has come for the flight data recorder (FDR) and the cockpit data recorder (CDR)  - the black box found on aircraft - to be stored in the cloud. The usually orange-coloured flight recorder is an electronic recording device used in the event of an aviation accident (or incident) investigation.

Professor Stupples’ recommendation comes in the wake of recent commercial airline accidents at sea where the recovery of the aircraft’s black box from considerable sea depths is frequently long and arduous. 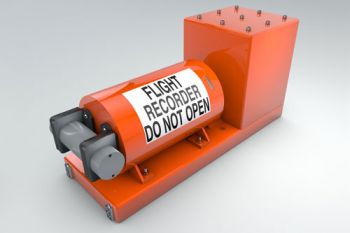 He suggests that following the disappearances of Air France 447 over the South Atlantic, Malaysian MH370 over the Southern Indian Ocean and recently EgyptAir MS804 over the Mediterranean, the aviation industry should reconsider the safe recording of flight data and flight-deck voice communications (the so-called ‘black boxes’) on a cloud facility, remote from the aircraft where it is instantaneously accessible:

“In the Air France incident it took two years to recover the flight data recorder and cockpit voice recorder in order to discover the cause of the crash leading to better training for pilots. With Malaysian MH370, it has been over two years since the disappearance with search teams no closer to finding the black boxes. Relatives of the lost crew and passengers are still awaiting closure and the world still needs knowledge of the cause of the loss.”

Professor Stupples says the solution to black box storage “is very simple” and all that is needed is for the “required monitoring data to be streamed via satellite - Inmarsat for example - to a safe cloud storage facility”.

He believes that due to the cost of implementing this solution and airline pilots not wanting their casual conversations recorded for extended periods of time, the aviation industry may be slow to respond: 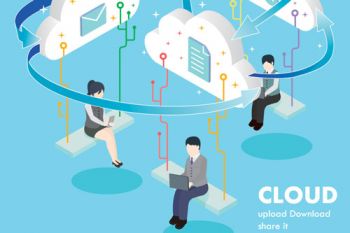 “Perhaps some arrangement should be negotiated with airline pilots whereby their conversations would remain confidential and only stored for a limited period of time to maintain personal privacy. This is not ‘rocket science’ and the authorities should begin considering public safety rather that constantly considering the ‘purse strings”.

Cloud storage is a model of data storage in which the digital data is stored in logical pools, the physical storage spans multiple servers (and often locations), and the physical environment is typically owned and managed by a hosting company. These cloud storage providers are responsible for keeping the data available and accessible, and the physical environment protected and running. People and organizations buy or lease storage capacity from the providers to store user, organization, or application data.