What is the issue with natural African-Caribbean hair?

Senior Law Lecturer, Continuing Professional Development (CPD) Consultant and part-time partner at Simpson Millar, Angela Jackman, says that in regard to a recent incident which borders on racial discrimination, the way an African-Caribbean woman chooses to wear her hair should be a matter entirely of her choice, whether it is natural, processed, weaved or otherwise.
First published Thursday, 2nd June, 2016 • by John Stevenson (Senior Communications Officer)

As the solicitor who had conduct of the school exclusion “cornrows case”, G v St Gregory’s Catholic Science College[2011] EWHC 1452 (Admin), I remain perplexed and disturbed by the discriminatory attitudes that some individuals and organisations hold in respect of natural African-Caribbean hair.

G was excluded on his first morning at secondary school for wearing his hair in cornrows. The school’s uniform and appearance policy did not prohibit boys from wearing their hair in cornrows. Had he been aware that this was the school’s unwritten policy, he would not have applied to it. G was excluded immediately upon arrival at the school and told that he could not return unless he cut his hair. G and his family were devastated by the school’s actions. The High Court subsequently held that a policy which prohibits, without exception, African-Caribbean boys from wearing their hair in cornrows amounts to indirect race discrimination under the Equality Act 2010.

More recently, the BBC has highlighted the practice of some employers requiring African-Caribbean women to wear weaves to work, rather than wear their hair in its natural state on account of the latter looking “unprofessional” or “untidy.”

In my view, how an African-Caribbean woman chooses to wear her hair should be a matter entirely of her choice, whether it is natural, processed, weaved or otherwise.  The issue comes down to personal choice and whether practices imposed by employers are discriminatory and thus unlawful.

An article in The Voice sets out arguments that the practice is likely to amount to either direct or indirect discrimination, depending on the circumstances and demands of an employer.

G was a landmark decision as it determined that discrimination can occur when a practice or policy has disproportionate impact upon a group of individuals who adhere to a non-religious cultural practice specific to their race. 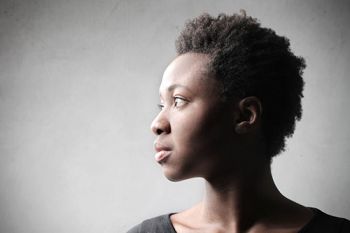 Discriminatory demands in the workplace highlighted in the articles referred to are amenable to Equality Act challenges in the Employment Tribunal based on race. However, a problem facing women who find themselves in this position is the emotional challenge of bringing proceedings whilst employed by an offending employer.

A further difficulty is that these practices and demands are unlikely to be written down in policies. Instead, they operate by way of undocumented conversations, as demonstrated in the BBC article. Employers, if so minded, can also thwart an individual’s opportunities by deciding not to hire or promote but without saying that appearance is the reason.

Underlying this issue is the presumption that western characteristics and appearance are the only acceptable norm and anything other than this is below standard, off-putting to customers or peers and thus “unprofessional”.  This thinking fails to understand or reflect that our society is multi-cultural and the Equality Act 2010 requires individuals and public bodies to operate within the boundaries of the law. The time is well overdue for offending employers to be held to account.

UK Employment Tribunals deal with claims that may be brought against employers by employees relating to their employment or its termination. In Northern Ireland they are called industrial tribunals. The employment relationship is governed both by the law of contract and by statute law. Some contractual disputes can be dealt with either by the tribunal or by ordinary civil courts (for example the High or County Court). The majority of the statutory rights can currently only be enforced by employment tribunals. Examples of disputes heard by employment tribunals are: unfair dismissal claims, wrongful dismissal claims, discrimination claims (race, sex, disability, religion or belief; sexual orientation, age, equal pay claim and claims relating to deductions from wages.