Reaching for the skies

With the world first skyscraper exceeding 1km in height currently under construction, City News looks at the social impact of building upwards and the role City is playing in the developing skylines.

After Alexander the Great died, one of his Generals, Ptolemy I Soter announced himself King of Egypt in 305 BC. One of his first acts as king was to commission the construction of the Lighthouse of Alexandria. The project took 12 years to complete but when finished, at a height believed to be 118m (387ft), it was one of the world’s tallest man-made structures for many centuries until it was damaged beyond repair by a series of earthquakes, the last in 1323 AD. At roughly the same height as the towers on the Barbican estate, it was an engineering marvel of the times and is considered one of the Ancient Wonders of the World, alongside the Great Pyramid at Giza and the Hanging Gardens of Babylon.

The Lighthouse is a fraction of the size of contemporary buildings. At 830m, the world’s tallest building is the Burj Khalifa in Dubai, with ‘The Tower’, also in Dubai, scheduled for completion in 2018, set to exceed it. Even more impressive was the announcement of the Jeddah Tower, currently being constructed in Saudi Arabia and expected to be the first building in the world to exceed 1km in height when it is completed in 2020.

City’s role in developing the skylines 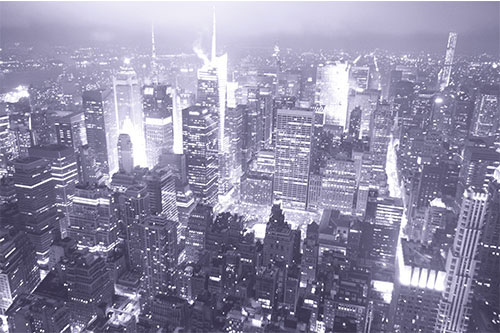 Many students and staff come to City with the intention of making a long-standing difference to engineering both in London and around the world. It is common for City alumni to work at some of the renowned companies responsible for developing our skylines, such as Skanska UK, Balfour Beatty and Atkins.

City has a proud history in Engineering, with the subject being one of the first subjects offered in 1894. Today, City’s Engineering departments boast cutting-edge facilities; dedicated, research-active staff; a culture of collaboration; and strong links with industry.

How are City academics impacting the industry?

As would be expected, there are several complications when building skyscrapers, especially as tall as those what we are seeing in the Middle East. One of the key components is soil behaviour. “A building is only as strong as its foundations,” says Dr Joana Fonseca, Lecturer in Geotechnical Engineering. Joana’s research considers the behaviour of different soils and how they respond to supporting structural loads.

In London, there is ‘London clay’, a soft yet stable foundation that is difficult to build on, but is well understood by engineers who build foundations accordingly. New York has ‘Manhattan Schist’, a hard metamorphic rock, which is a very good foundation for tall buildings. By contrast, in the Middle East, where a lot of the areas are man-made, the soil is brought in from the sea. This kind of soil is known as carbonate shelly sand. “On a scale of the best soils to build on, we’d consider carbonate shelly sand to be ‘problematic’,” says Joana. “The carbonate soils are of biogenic origin, comprising skeleton bodies and shells of small organisms. These soils are complex and poorly understood. To combat this unpredictability, engineers build conservatively and tend to overcompensate with foundations making construction more expensive and requiring a great deal more material, making them less sustainable.”

Joana works with her colleagues to improve understanding of this soil. To do so, they submit the soil to several tests, including applying artificial gravity created using a centrifuge. Her research could lead to buildings, including complex structures such as skyscrapers and offshore constructions, being built with fewer materials, making them less expensive and more sustainable.

Building with sustainability in mind

Sustainability is definitely a key factor when considering the construction of skyscrapers. It’s also at the forefront of Dr Agathoklis Giaralis’ research. Agathoklis, a Senior Lecturer in Structural Engineering, considers several methods in his research to make skyscrapers more sustainable. 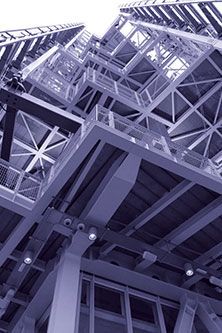 “In addition to strong and deep foundations, many skyscrapers are sometimes equipped with ‘tuned mass dampers’ (TMDs)” explains Agathoklis. “TMDs feature a relatively large free-to-vibrate mass usually placed near the top of skyscrapers which is designed (or "tuned") to vibrate out-of-phase from the rest of the building and therefore to counteract movement due to strong winds or earthquakes. They are generally large-scale concrete blocks or steel bodies. For example, Taipei’s 101 skyscraper features a 660-tonne steel pendulum that serves as a TMD. The damper cost US$4 million and the system takes up around five storeys”. Agathoklis’ research considers coupling TMDs with a different type of mechanical damping device, currently used in suspension systems of F1 cars and of other high-end vehicles to ensure rider's comfort, which could reduce the weight of current TMD implementations by up to 60-70 per cent. In this manner, skyscrapers will be using less material, making them more sustainable, slender, and aesthetically pleasing.

“Although the headline grabbers in engineering feats are the very tall buildings we see going up in the Middle East, there is a recent significant trend towards taller and slender buildings in congested metropolitan areas such as central London. This is justified by high demands for office and residential space in urban environments with increasing cost of land: the only reasonable option is to build upwards, and this kind of innovation may help us push the boundaries of slenderness in building structures even more.”

Not content with this innovation, Agathoklis takes his research one step further. “As engineers, it is our duty to be as sustainable as possible by creating buildings that are smart and self-sufficient.” With that in mind, his research also considers how to harvest the kinetic energy from the natural vibrations experienced by tall buildings. “At this point, we’re not looking at a building being completely self-sustaining using this technology but we can definitely harvest enough to keep the lights on,” he concludes.

On face value, with innovations like these, tall buildings seem a perfect solution to cities such as London where there are housing shortages and little space. However, one City academic seems to think that there is more at stake with London’s surge in development. “As things stand, taller buildings are more about status and the development of ‘star-chitects’, rather than being developed out of necessity,” says Professor Andy Pratt, Professor of Cultural Economy. “For years, there were few tall buildings in the City. Much to do with the view of St Paul’s, local planning was fairly strict. The popularity of tall buildings in Central London was a response to the new skyscrapers of Docklands, where land was cheaper and local planning was more flexible. It was when businesses started leaving the City that we saw our skyline start developing.” 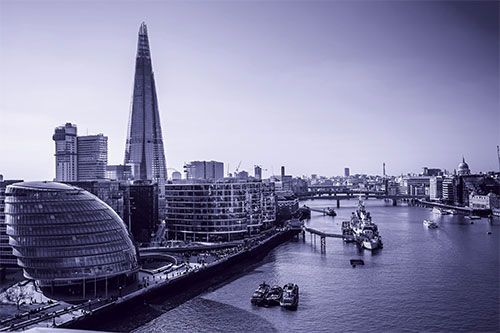 Andy’s research focuses on the cultural industries in the US, Europe and Japan. He has worked as a consultant or advisor for national and urban policy makers, the EU, UNESCO and the British Council and has a particular interest in the social and economic dynamics of co-location and clustering.

“The building of skyscrapers is more about cities declaring themselves ‘open for business’ to the rest of the world, so for the moment, I don’t think we’re fully utilising the feats that are being pioneered by my engineering colleagues.”

As the population of London continues to grow, would London be able to adopt these skyscrapers for residential purposes? “It’s an interesting concept,” says Andy. “A good example of this is the Shard. At its premise, unlike many of the other skyscrapers in London, part of the original planning application included a provision for residential units. With London Bridge station being a transport hub, having residential units there potentially mitigates a huge demand for transport, in a system stretched to its limits.”

“There are many strong arguments to build more residential properties in Central London,” continues Andy. “As things stand, with the surge in house prices and the tendency to build expensive condominiums there is a danger of London becoming a monoculture, with only one (very rich) type of person. London is a unique cultural melting pot. If we can find a way of creating more and affordable housing in London through more skyscrapers, then I think this could be the way forward. The post-war building boom delivered plenty of high-rise accommodation (much of which we are in the process of demolishing), the problem was that it was often poorly built, badly maintained and managed. We do not want to repeat this. So, engineering capability has to be balanced with good governance and social concern.”