Professor Tong Sun, Professor of Sensor Engineering and Director of City’s Research Centre for Photonics and Instrumentation, received the Royal Academy of Engineering Silver Medal at the Awards Dinner held on 23rd June. 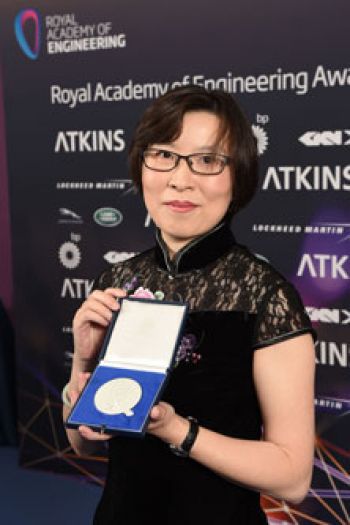 Professor Sun, City’s first female professor of engineering in its 100-year history, was awarded the Silver Medal in recognition of her outstanding and demonstrated personal contribution to British engineering over a 22-year period, resulting in the successful market exploitation of her research.

One of Professor Sun’s major new projects is a fibre optic sensor system to measure the strain and temperature changes in pantographs – the connectors used by electric trains to link to overhead power cables. Through the collaborative work carried out by her research group and UK manufacturers Brecknell Willis and Morgan Advanced Materials, instrumented pantograph systems are now being made.

Professor Sun’s work has also enabled the design of special humidity sensors that are being used in widely different and challenging environments. Sydney Water (Australia) is using them in highly acidic sewers, while China’s Shandong Academy of Science is configuring the sensors she has developed which monitor rice stores to avoid food spoilage. She has also worked with the Home Office and Smith’s Detection as part of the Cargo Screening Ferret project, in which her sensors enable a ‘robotic nose’ to specifically detect illicit substances such as cocaine, particularly when it is loaded in freight with other loads which may mask its presence.

“Professor Sun and her research group have driven forward some really novel ideas in creating and applying sensing technologies using optical fibres, which have been recognised by industry and government as being strategically important challenges, giving the UK the technical lead.” 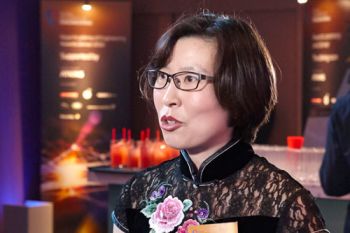 Optical fibre (or "fibre optic") refers to the medium and the technology associated with the transmission of information as light pulses along a glass or plastic strand or fibre. Optical fibre carries much more information than conventional copper wire and is in general not subject to electromagnetic interference and the need to re-transmit signals. Most telephone company long-distance lines are now made of optical fibre.