How inclusive is legal education?

Hosted by The City Law School in the Northampton Suite, the Workshop served to launch City Law School’s ambition to submit an application for an Athena Swan award as a follow up to the University's Athena Swan institutional application. The Athena Swan programme came into being in 2005 to recognise commitment to advancing the careers of women in the STEMM subjects – science, technology, engineering, mathematics, medicine.

In 2015, the Charter’s remit was expanded to include the arts, humanities, social sciences, business and law as well as in professional and support roles and for transgendered staff and students. Athena Swan also recognises the intersectional character of discrimination and supports equality initiatives more broadly. 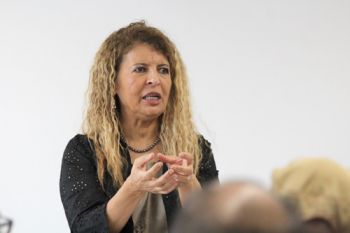 Professor Andrew’s presentation, “Race, inclusiveness and transformation of legal studies in South Africa”, examined the current transformation strategies underway at the University of Cape Town (UCT) Law Faculty against the backdrop of widespread 2015 student protests on South African university campuses regarding increased tuition fees, the promise and performance of the South African constitution, and disquiet regarding the historical legacy of Cecil Rhodes. Professor Andrews pointed out that although the racial transformation project at UCT has been underway since 1994, resulting in the gradual change in the racial composition of the faculty, student protest campaigns have added momentum and accelerated the change agenda. She argued for the need to maintain academic excellence while pursuing an equality agenda.

Professor Bhabha spoke to the theme,“Engaging pedagogy to advance diversity in legal education”. He argued for a conceptual reorientation in legal education to account for the failings of "first wave" measures to promote diversity. Professor Bhabha highlighted the role of experiential education (including clinical education) and argued that diversity can be meaningfully advanced through legal education in the normative sense (by diversifying perspectives on what it means to be a lawyer) and in a descriptive sense (by educating a more diverse student population). He also explored the concept of intersectionality and drew attention to recent student protests at Oberlin College in the United States. 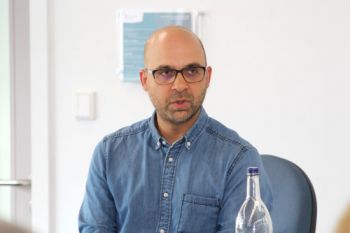 Dr Wayne Morgan’s "Queering the Australian Law School in a neo-liberal age?", interrogated management and curriculum discourses in Australian law schools on equality and diversity. He argued that these discourses produce technologies and practices that arguably have undermined substantive equality as well as the ability of education to transform the student. Instead, controversially, Morgan argued that these developments provide the justification for "interventions" which discipline students and academics into what is considered "normal".

Heteronormative and traditional forms of knowledge and practice

Professor Sharon Cowan’s presentation, "Power, Performance and FemiQueer Politics of Pedagogy" explored the challenges of provoking and navigating emotions in the law school classroom, and in research, particularly when focusing on issues of sex/gender and sexuality. She discussed the methods that she has employed in order to challenge heteronormative and traditional forms of knowledge and practice. These included the use of alternative techniques - visual, audio, dance and theatre - in order to highlight to students the importance and difficulty of moving away from deeply entrenched ways of understanding law, which are too often founded on gendered, racialised and other hierarchies.

“This was an important opportunity to bring together a fascinating range of legal academic perspectives about equality and diversity in legal education. It yielded numerous lessons for law academics and students alike. I am grateful to the speakers for making it such an enriching and valuable event. The presentations no doubt will inspire the commitment of The City Law School to develop a cutting edge action plan in support of our Athena Swan Charter application”.
Definition
Intersectionality

Intersectionality is a concept used in critical theory to describe the ways in which oppressive institutions (racism, sexism, homophobia, transphobia, xenophobia, etc.) are interconnected and cannot be examined separately from one another. The concept first came from legal scholar Kimberlé Crenshaw in 1989 and is used in feminist theory, when discussing systematic oppression.