Head of City’s Music Informatics Research Group (MIRG), Dr Tillman Weyde, has added a first to his many accomplishments. He has conducted research underpinning the music for Beyond the Fence, the world’s first computer-generated musical. Beyond the Fence, set in 1982, and telling the story of a mother and daughter in the Greenham Common peace camp protesting against nuclear weapons, is modelled on a statistical study of the ‘recipe for success’ in hit musicals, and will also be filmed for a Sky Arts TV series called ‘Computer Says Show’ to be aired in 2016. Dr Weyde explains how he became engaged with this project: “I was asked to get involved in the preparation of the world’s first computer generated musical last spring. Like all aspects of the musical, the music (such as storyline and lyrics) is also computer-generated, based on a computational analysis of existing musicals as the basis for computer generation of a new musical.”

The work he has done for Beyond the Fence builds on the research that he and his associates have carried out in the recently completed Digital Musical Lab project - a collaboration of City, the British Library, Queen Mary University of London and University College London. 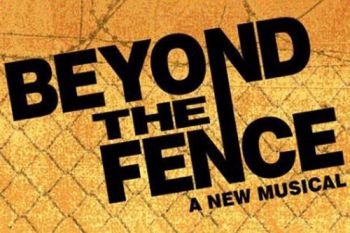 “The idea was to analyse large amounts of musical recordings and find differences between the more and less successful ones.”, he said. “We created a database of 77 musicals with 132 hours of music and processed it with the Digital Music Lab system. The extracted information was analysed together with Dr Bob Sturm from Queen Mary University of London, who focused on the audio. At City, Dr Daniel Wolff and I worked on the harmonic aspect and similarity clustering. We found that there were no strong patterns associated with hits, but the flops showed significantly more use of the subdominant. Our analysis was used by the University of Durham’s Dr Nick Collins to generate most of the music for Beyond the Fence which was combined with additional music and text from an international team of leading scientists.” The results of this experiment can be heard and seen by the public in the performances of “Beyond the Fence” in the West End Arts Theatre.

That said, Barbara Norden, a Senior Lecturer in City’s Centre for Creative Writing, Publishing and Translation, is of the view, however, that “It’s the flaws and the unexpected reactions of the audience which create the experience as much as anything. Musicals are among the more formulaic types of drama but still the feeling of the book writer’s sensibility, quirks and all, pervades the best ones.”

On the subject of potential knock-on effects for employment in the theatre industry, the playwright said that people may see their roles alter but does not think there is a genuine threat: “It’s great to experiment with the technology. Perhaps future attempts will result in some innovations in plotting. Audiences go to theatre for a live experience, so will theatre personnel be redundant? No. Their jobs might change.”

For more information on Beyond the Fence, please visit this weblink.

The Digital Music Lab was launched by City, Queen Mary University of London, University College London and the British Library. The £562,901 Digital Music Lab project is sponsored by the Arts and Humanities Research Council (AHRC) as part of its £4.6m investment in Big Data. Professor Mark Plumbley and Dr Simon Dixon from Queen Mary's School of Electronic Engineering and Computer Science and Professor Stephen Cottrell, Professor Jason Dykes and Dr Emmanouil Benetos from City are also involved in the project and collaborate with co-investigators, Dr Nicholas Gold of University College London and Dr. Aquiles Alencar-Brayner of the British Library.